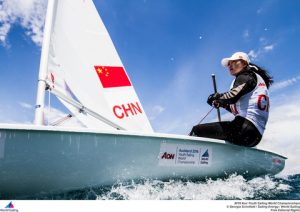 World Sailing, the world governing body of the sport, is pleased to announce that Sanya, China will host the 2017 edition of the Youth Sailing World Championships.

As the premier event in youth sailing, more than 400 sailors from over 60 nations are expected to compete on the waters off Hainan Island from 09-16 December 2017.

The 2017 selection process opened in November 2016 after the Israeli Sailing Association exercised the right to withdraw from hosting the 2017 edition as a final contract had not been concluded.

World Sailing received bids from Mar del Plata, Argentina, Melbourne, Australia and Sanya, China. The Youth Worlds Evaluation Panel made the recommendation of Sanya, China to World Sailing’s Board of Directors who approved the selection. 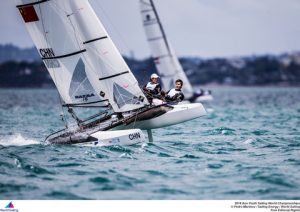 On the awarding of Sanya, Kim Andersen, World Sailing President, commented, “World Sailing is thrilled to take the 2017 Youth Sailing World Championships to the city of Sanya this December. The Youth Worlds is where stars of the future are born and Sanya will provide the best young sailors with an opportunity to showcase their skills and talent.

“Sanya is an ambitious host city and has exceptional experience of running world class sailing events and welcoming international visitors. We’re excited about working with the Sanya organising authority over the coming months to deliver the event.

“World Sailing received an excellent response from the community when the process to select a 2017 venue was reopened and I thank all of our members who submitted an interest in hosting.” 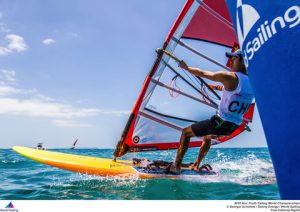 Auckland, New Zealand is hosting the Aon Youth Sailing World Championships, the 46th edition, from 14 to 20 December 2016. More than 380 sailors from 65 nations sailing in more than 260 boats across nine disciplines will compete in New Zealand.

Zhenling Xu, Deputy Mayor of Sanya, said, “It is great news that our city will host the 2017 Youth Sailing World Championships and I am excited to bring youth sailing to Sanya. Working with World Sailing, the Sanya organising team are confident that the event will be successful and an extraordinary experience for everyone attending.”

Based on Hainan Island, Sanya is China’s most southernmost city and lies on the South China Sea coast. Known for its tropical climate, with an average year round temperature of 25 degrees, Sanya hosted stopovers on the 2011-12 and 2014-15 editions of the Volvo Ocean Race. In addition, Sanya welcomes international sailing teams for the annual Round Hainan Regatta and hosted World Sailing’s 2015 Annual Conference.

The Notice of Race for the 2017 Youth Worlds as well as the registration process for attending sailors and coaches will be published on the event website (http://www.worldsailingywc.org) over the coming weeks.