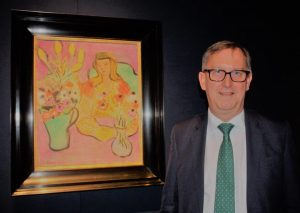 Christie’s has unveiled stunning artworks for sale as it launches its 20th Century season. Two leading women art collectors are among sellers, and the masterpieces include examples by women Impressionist artists who “redefined the art world.”

Directors of the 250-year-old auction house, which is run from an imposing edifice in St James’s, Westminster, sense the return of greater confidence among sellers, who are testing the market following the geopolitical upheavals of 2016 which led them to reappraise their options. 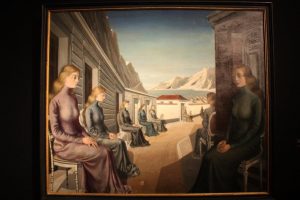 Christie’s hopes it has overcome the sluggish “consignment pipeline” of 2016 which cut its auction sales revenue by 22% to £3.3bn ($4.4bn). Overall sales that year were down 16% to £4bn ($5.4bn), although private sales continued to grow, showing an increase of 25%, and online-only sales doubled. 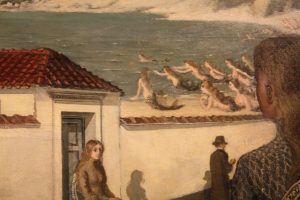 Introducing new-season (the London auctions will run from February 28 to March 10 2017) viewing opportunities, Stephen Brooks, deputy chief executive at Christie’s, said there were signs of sellers coming back in. There was “incredibly strong interest” from the buyer side, especially from Chinese interests. About 10% of new buyers were coming from China. One third of all new buyers were entering via online participation. Total sales of art online in 2016 reached £161m ($217m). “This is a dramatic change from five to six years ago,” said Mr Brooks, and such participants tended “to go on to our broader business.” 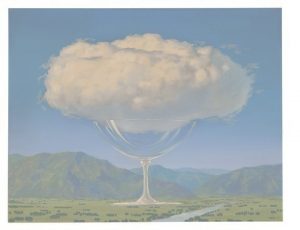 Some 19th century works will be among those on the block. Mr Brooks highlighted an 1892 landscape from Gaugin’s first trip to Tahiti; and from the personal collection of philanthropist and arts patron Barbara Lambrecht, notable items included an 1872 Berthe Morisot.

Paul Gaugin (1848-1903) painted the richly-coloured landscape Te Fare (La maison) in 1892 in oil on canvas. A large hibiscus tree dominates the composition, its leaves and blossoms obscuring the purple-roofed hut which may have been Gauguin’s rented home in Mataiea. Christie’s curators suggest that the artist is “transcending reality by turning the natural world into a mystic vision of colour, line and form.” The sales estimate is $15m to $23m.

From the early career of Berthe Morisot (1841-1895) is the oil on canvas Femme et Enfant en Balcon which has a sales estimate of $1.9m to $2.5m. At that stage, she had already been given moral support by Édouard Manet who was pioneering distinctive scenes of urban life, and she rose to prominence, going “beyond the prescribed roles of her gender,” says Christie’s. She was a founding member of the Impressionist group, and her treatment of this canvas has what is described as spontaneous, softly feathered brushwork and areas of exquisite detail. It was painted from her home overlooking a panorama of the city including the park of the Trocadéro, the River Seine and the Champ de Mars.

Three years later, Morisot produced Femme en noir also known as Avant le théâtre. In this oil on canvas, an elegant lady is on her way to the theatre, but unlike her usual practice in such settings, Morisot does away with all background detail. Morisot “has achieved a particularly novel and enigmatic vision of a woman,” says Christie’s. The estimate is a range of $745,800 to $994,400. 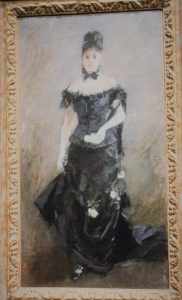 A charming scene from the hand of Berthe Morisot is Marine en Angleterre executive in summer 1875. This view of the Solent is thought likely to fetch between $63,000 and $100,000.

In the same ambitious bracket as Berthe Morisot, the auction lists Eva Gonzalès (1849-83), the only official pupil of Manet, and Suzanne Valadon (1865-1938), the first woman admitted to the Société Nationale des Beaux-Arts, in 1894. Valadon trained her son Maurice Utrillo (1883-1955), noted for his Parisian street scenes. Works by mother (including a saucy Nu aux bottines) and son will be at Christie’s South Kensington premises on March 3. Valadon learned painting by observing the artists for whom she modelled in Montmartre.

Of the many enigmatic offerings in Surrealist art, one of the most intriguing is the 1942 compositionLe village des Sirènes by Paul Delvaux (1897-1914). The Belgian painter was quoted as saying “here I have faithfully reproduced one of my dreams” in this oil on panel. It has an estimate of $2.15m to $3.1m. 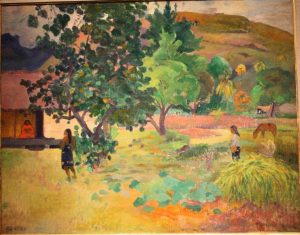 Delvaux’s work was influenced by the music lessons, Greek and Latin studies, poetry of Homer, and readings of Jules Verne in his youth. He drew mythological scenes with female nudes, but in the latest work handled by Christie’s, eight women seated in a street leading to the sea are modestly clad, perhaps hiding their mermaid’s appendages.

The clue is in the background, where sirens known to Greek mythology beckon from the beach. They are perhaps meant to be akin to the creatures who tempted Odysseus and the Argonauts, leading the seafarers of passing ships to their doom.

Le village des Sirènes dates from a year when Belgium suffered under the heel of the Nazis, and the stillness of the scene and impassivity of the sea nymphs can be contrasted to the nightmare of wartime. It is composed of, but not in, the real world. Walking in the distance in this otherworldly lane towards the disported mermaids is a single male figure in a bowler hat and dark suit. Christie’s says that the disconcerting juxtapositions and disquieting atmosphere of this work reveals a strong affinity with the art of Giorgio de Chirico, “whose metaphysical paintings proved a revelation to Delvaux during his formative years.” 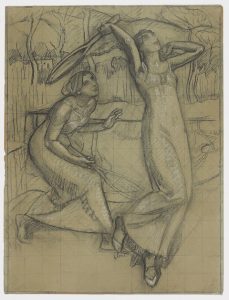 Another keynote lot is La Corde Sensible from René Magritte (1898-1967), another but better known Belgian surrealist – he has influenced pop, minimalist and conceptual art. The cited work is another instance of him questioning the identity of ordinary objects by materialising them in an unusual context.

In the painting, the title of which some translate as Heartstring, an enormous champagne glass stands incongruously in a serene, verdant valley with a range of mountains in the distance. A white cloud is settling on the glass, beginning perhaps to fill it. Magritte originally presented the painting as a gift to his wife, Georgette. The auction estimate is $17.5m to $22.5m.

Greek mythology surfaces again with two delicate works from Maurice Denis (1870-1943). These are in black and white chalk on paper and named Tennis I and Tennis II, with the inscription Mise au carreau pour la décoration Nausicaa. Prepared in 1914, these sketches are from a series for large-scale murals devoted over six years to The Games of Nausicaa. The murals were for private residences, including the Prince de Wagram in Paris, and public buildings. The cycle was commissioned from Denis by his dealer Eugène Druet. In the two drawings here, the device of tennis-playing allows the artist to delineate the delightful form of the maidens. 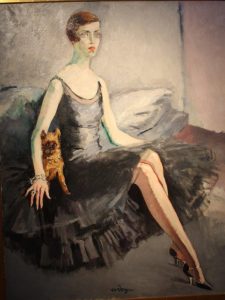 In Book 6 of Homer’s Odyssey, Nausicaa is the daughter of King Alcinous and Queen Arete of the island of Phaeacia. The princess and her handmaidens find the shipwrecked Odysseus while washing clothes on the shore. Awoken, Odysseus begs Nausicaä for help and is taken to the court, where he recounts his adventures. Alcinous gives Odysseus the ships that enable him to return to Ithaca, but the potential romance with Nausicaa comes to nothing. Each has an estimate of $19,000 to $25,000. 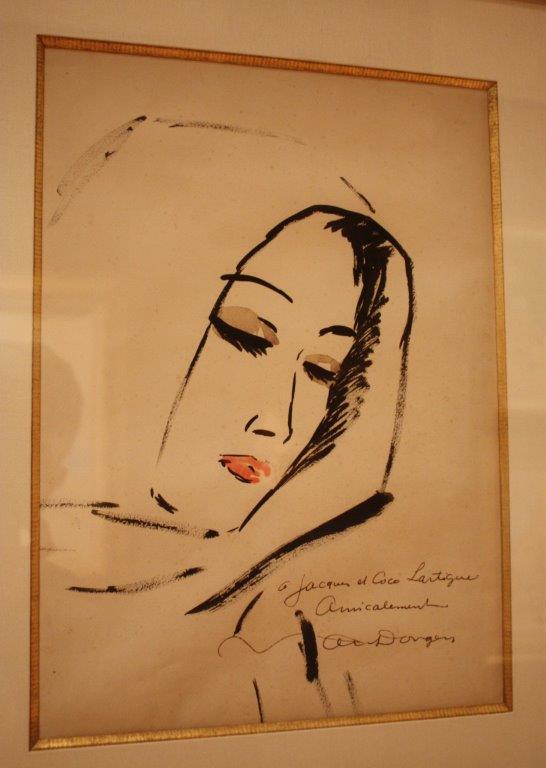 A compelling vision is Jeune fille aux anémones sur fond violet by Henri Matisse (1869-1954). This is one of a series of interior scenes that the artist produced when living in Vence, an inland town in the south of France overlooking the Mediterranean. The subject is a young artist, Annelies Nelck. A Christie’s essay says this is “a symphonic combination of rich, radiant colour, luxurious pattern and gentle, undulating line.” It “brings together some of the most iconic motifs of Matisse’s oeuvre: the female figure, flowers and richly patterned textiles.” The 1944 oil on canvas has an estimate of $6.3m to $8.8m.

Kees van Dongen (1877-1968) is represented in the new sales by among other works Portrait de Mrs Jean McKelvie Sclater-Booth. The Dutch fauvist and expressionist pictured this elegant socialite among his stylised paintings of women. The oil on canvas attracts an estimate of $890,000 to $1.3m. on a more modest scale, the artist’s Visage de femme, in gouache and brush and ink on paper, has an estimate of $38,000 to $63,000.

The first auction in this series will include important works by Le Corbusier from the Heidi Weber Museum in Zurich. Heidi Weber first met Le Corbusier in 1958 and they embarked on collaborative projects including the commercial adaptation of his furniture designs, developing the market for his art, and constructing his last building, which was the museum in Switzerland. 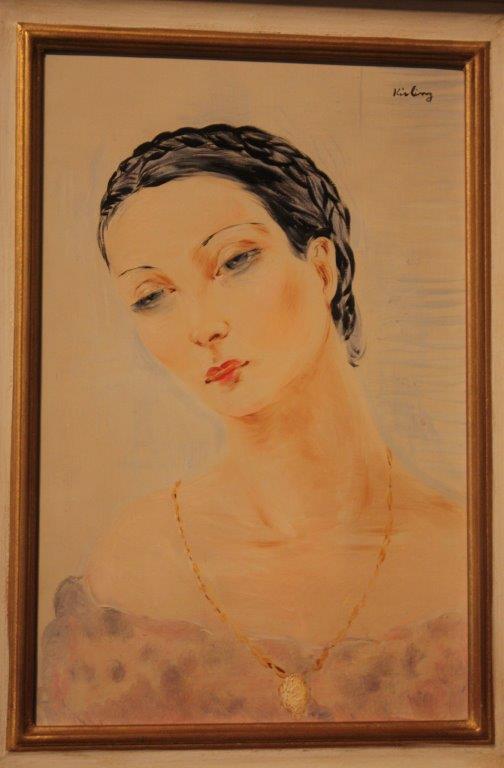 Charles-Edouard Jeanneret adopted the pseudonym Le Corbusier when he began writing for an architecture magazine.

In its showroom display of Le Corbusier, Christie’s includes Les Musiciennes, a magnificent work from the Heidi Weber Museum Collection that is not for sale. Conceived in 1953, and hand-woven in Aubusson, France, by Raymond Picard, it measures a substantial 222 by 296 cm.

Seven works by Max Ernst, offered from several collections, include Les deux oiseaux, one of a series of paintings on the theme of imprisoned birds he made in 1925. The following year, Ernst had a series of moonlit landscapes including Savage Moon, showing the moon casting an ethereal light over the surface of the sea. This made use of the then-new technique of grattinage, a method of scraping random patterns in the oil paint. Portrait érotique voilé, offered by the family of the artist, shows an imperious female figure with the head of a bird – sporting a revolutionary bonnet de la Liberté and seated on a crimson throne. 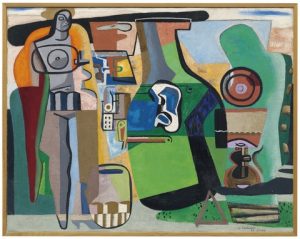 Meanwhile, “hidden” in a private European collection for decades has been La lumière, la solitude, executive in 1940 by Yves Tanguy, another giant of the Surrealist scene. It is described as hovering on the borderline between realist landscape and abstract fantasy and has rich, rainbow-like colours in the background of several mysterious forms.

Full details are at www.christies.com