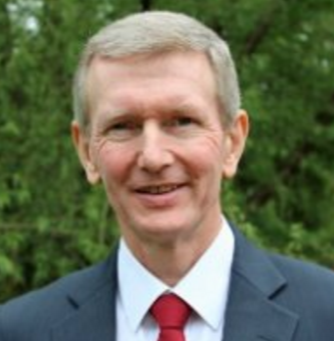 London – 1st March 2017 – The Sustainable Shipping Initiative (“SSI”), a pioneering coalition of companies from across the global shipping industry, announced that it is holding its 3rd annual Roundtable on Sustainable Ship Recycling in Singapore today.

The roundtable event will be attended by key industry stakeholders, including members of the SSI, as well as an increased number of delegates from NGOs, industry bodies, class societies, regulatory bodies and ship owners. In addition to those who attended last year, invitations have been extended to recycling yards in China, Turkey and the USA, which are certified as compliant with the Hong Kong Convention for the Safe and Environmentally Sound Recycling of Ships (HKC).

Led by the SSI, delegates will discuss and debate the complex challenges and barriers facing the industry in its pursuit of sustainable ship recycling, and crucially, how they can be overcome. The SSI has a working group dedicated to improving the health, safety and environmental standards currently associated with ship recycling, and goals for their improvement are a key element of the SSI’s Roadmap for sustainability, launched in 2016.

The SSI’s work on sustainable ship recycling also compliments the aims of the United Nations Sustainable Development Goals, a key focus of the SSI moving forwards. The related goals include Goal 14, to conserve and sustainably use the oceans, seas and marine resources, and Goal 8, to ensure decent work for all.

“This is the SSI’s third roundtable dedicated to making progress in achieving sustainable ship recycling, and building on the outcomes accomplished at our previous events. This year, we have more attendees than ever, from a wider range of organisations relevant to the issue of sustainable ship recycling, and we look forward to making further progress in driving change and overcoming the complex barriers and challenges.”

The roundtable, held under the Chatham House rule, will focus on how further improvements can be made at and around ship recycling facilities (SRF) in critical areas such as health, safety, social conditions and governance, beyond the basic compliance with the Hong Kong Convention. The delegates will also discuss how the progress and improvements that have been made to date can be standardised and sustainably maintained over the long-term.

Since the last Roundtable, held in Dubai last March, the HKC has moved closer to being formally ratified, with Denmark and Panama both agreeing to sign the convention, and India announcing its intention to do the same in 2017. In addition, an increased number of yards have received Statements of Compliance with the HKC, with more yards working towards the same goal. While this shift demonstrates the progression that has been made within the industry, more work needs to be done to further improve the safety, environmental and social conditions associated with ship recycling.

“Despite the progress that has been made, ship recycling remains an incredibly complex issue with differing opinions on how and where developments should be made.  It is therefore vital that we create a forum where these important discussions can be held, and where the SSI and its members can actively work with key stakeholders to drive progress in an area that is so integral to delivering a sustainable shipping industry by 2040.”

It is the first time the shipping industry has joined forces on such a cooperative global scale to tackle big sustainability issues. The ultimate goal is to show that collaborative action is possible, and to mobilise support across the industry, demonstrating that shipping can contribute to – and thrive in – a sustainable future.