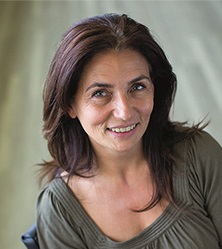 Midway through its 2014-2018 strategic plan, 2016 turnover at leading French port Marseille Fos rose to €148.7 million – marking a 9.7% increase over the first two years of a growth initiative based on diversification of trades, tight cost control and developments to boost income from logistics and industrial tenants.

Since 2014, a heightened drive to complement the port’s longstanding oil & gas activity has seen increases of 12% in ro-ro volumes, 10% in passenger numbers and a notable 7% in containers.  Box throughput outstripped the European growth average with rises of 4% in 2015 and 3% in 2016 to reach last year’s port record of 1.25m teu – which coincided with another 300,000m2 of logistics park developments coming on stream.

Meanwhile internal and external costs fell 4.8% from €117m in 2014 to €111.4m in 2016, helping the gross operating surplus to almost double over the two years from €22m to €42.1m.  Investments during this time totalled €135m and are now being followed by a 2017-2019 spending programme designed to further enhance the port’s position as a motor of the regional economy supporting 41,500 direct and indirect jobs.

Saluting the 2016 results, the port’s supervisory board noted that the advances had been achieved after a period of challenges such as the world financial crisis and difficulties in the European oil refining sector.  Despite this context, Marseille Fos had redefined itself as a multi-purpose gateway and enhanced its investment capacity to demonstrate its ability to prepare for future challenges.  Work on drawing up the next strategic plan, covering 2019-2023, will start this year.