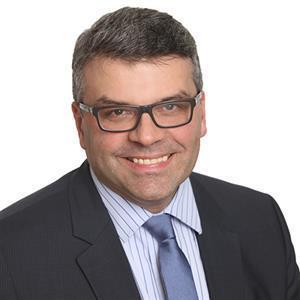 UPDATED. Lebanese brothers bringing an ICSID claim against Greece have failed to unseat the state’s appointee to the tribunal, prolific French arbitrator Brigitte Stern, on the basis that her repeated appointments to tribunals by states create grounds for doubting her impartiality.

Stern’s fellow arbitrators, tribunal chair Veijo Heiskanen of Finland and German-Irish arbitrator Klaus Reichert rejected the challenge brought by Iskander and Akram Safa on 7 March. The parties have yet to agree to the publication of the decision.

The challenge was filed in December, just a day after the constitution of the tribunal. GAR* understands that among the arguments considered by Stern’s co-arbitrators was whether it is fair that she should be repeatedly appoined by states with similar interests and similar grounds for defending claims, when the IBA Guidelines on Conflicts of Interest in International Arbitration tells arbitrators they should accept no more than two appointments from the same party within three years.

The Safa brothers filed the ICSID claim last June over their investment in the Skaramangas commercial shipyard and naval base just outside Athens. They allege that Greece subjected the shipyard to a series of attacks that fundamentally undermined the viability of their investment and ultimately took control of the shipyard, in 2014. 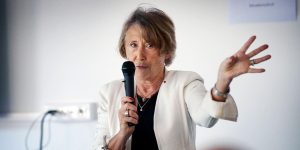 In particular, they allege that, soon after the investment was made, Greek officials wrongly announced that the yard could not operate for the benefit of foreign navies due to a state aid ruling by the European Commission.The yard was also made subject to court claims of €327 million by an entity controlled by the Greek Ministry of Finance relating to alleged contract breaches many years before the investment.

The brothers say that Greece also failed to make payments for Type 214 submarines it had ordered and to place further promised naval orders. Ultimately, it passed a law allowing its own navy to complete the construction of the submarines using yard employees at no cost to the government. The navy is now in sole charge of the yard.

The dispute has already given rise to two ICC arbitrations with Greece as a party, in which the amount in dispute is thought to exceed €1 billion. Both are chaired by Spanish arbitrator Juan Fernández-Armesto.

The brothers’ company Privinvest and former operator of the yard Hellenic Shipyards filed the first ICC claim against Greece in 2013. It is being heard by Fernández-Armesto, French arbitrator Laurent Aynès and Greek arbitrator Panayiotis Kornilakis.

Greece retaliated with its own claim against Privinvest and a number of other companies a year later, seeking compensation for alleged breaches of the agreement for construction and delivery of the submarines. On that panel, Fernández-Armesto is joined by Swiss arbitrator Bernard Meyer and Austrian arbitrator Andreas Reiner.

In both the ICSID and ICC proceedings, the Safa brothers are represented by a team from Allen & Overy in Frankfurt, led by partner Daniel Busse. Greece is represented by a team from Holman Fenwick Willan in London and Brussels led by partner Costas Frangeskides and by Guy Blackwood QC of Quadrant Chambers and Siddharth Dhar of Essex Court Chambers in London.

One of the most recognised and experienced arbitrators of investment disputes, Stern has been appointed to 70 ICSID tribunals as well as to numerous tribunals applying other rules, in almost all cases by states. She has been appointed on on other occasion by Greece, in an ICSID case brought by Postova Bank relating to the country’s financial crisis.

Interviewed by GAR in Rio de Janeiro in 2010, Stern attributed her high volume of state appointments to her background in public international law, saying “there are not many arbitrators with this background so, naturally, states will always nominate from the same small group.”

“I think claimants sometimes assume that the more nominations from states you receive, the more pro-state you must be,” she said, “but that’s not necessarily so.”

Stern added that she has also been appointed by claimant parties and served as president of investment treaty tribunals. “In one or two cases I was appointed by a claimant party but had to refuse the appointment because I had recently been nominated by the respondent state in another case,” she said. “Given the narrow timeframe of the two appointments I felt it was difficult to sit in both”.

Stern has faced challenges in the past, including in relation to her repeat appointments to tribunals by Venezuela and Montenegro. She survived such challenges in the Universal Compression, Tidewater, Highbury and CEAC Holdings cases at ICSID.

Stern was also challenged by the claimant in the UNCITRAL case of Murphy Oil v Ecuador on the basis of her “remarkable” record of appointment by states and alleged prejudgment of the subject matter of the dispute. She resigned from the case along with fellow arbitrator Guido Tawil, who had been challenged on a different basis.

Defending her against the challenge in that case, Ecuador said Stern’s “independence and impartiality can be seen in her arbitral decisions”.

“It can be noted that she has served as co-arbitrator on tribunals that upheld jurisdiction in favour of claimants or that granted claimant’s requests for provisional measures”, the state said.

This article has been continually updated since first publication

Led by Dionysios Kolovos and Ourania Mendrinou, with Argyria Fanouraki in Athens

Led by Dionysios Kolovos and Ourania Mendrinou, with Argyria Fanouraki in Athens