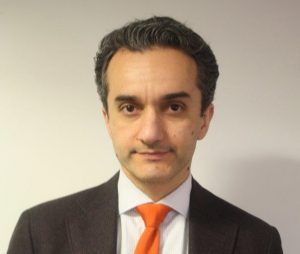 Anyone flying into the Texas city of Corpus Christi sees on approach an array of oil and gas installations, refineries, gas liquefaction facilities, wind turbines, and a huge port liquid bulk facility. It is no wonder that Corpus Christi is known as “the energy city.” Within that designation, the deep-water port complex claims the title of the Energy Port of the Americas thanks to $30bn in foreign and direct investments.

Inland, shale oil drillers are ramping up production from Houston to the border with Mexico. What is less evident is that the territory hosts another vital energy asset: uranium for nuclear power. Corpus Christi’s role as an energy industry hotspot is a major reason why Uranium Energy Corp, a New York-listed venture, set up its corporate office there.

Aiming to be “America’s emerging uranium producer,” Uranium Energy Corp (NYSE: UEC) is one of the mere seven companies in the world that have production capability in uranium. Such companies have had to exercise patience because global interest in uranium has been constrained since the March 2011 disaster at Fukushima caused by an earthquake and tsunami. The Japanese are taking longer than expected to turn their reactors back on following the post-Fukushima shutdown that took out 20% of the nation’s power requirement.

After Japan mothballed its nuclear plants, Uranium Energy suspended production awaiting the hardening of the uranium price to viable levels.  “We put our production on hold to cut our operating expenses,” president and chief executive Amir Adnani told a briefing for investors in London.

What the company did not suspend was its commercial activity: over the last six years it has through acquisitions more than trebled the size of its project portfolio to 75m pounds of NI 43-101 compliant (NI 43-101 is Canada’s respected standards of disclosure code) uranium resources  – the heaviest of the heavy metals – in the ground. It now has exploration projects in Texas, Wyoming, New Mexico, Arizona and Colorado, and a 700,000-acre property in Paraguay.

Three of its mines in Texas are fully permitted. The southwestern states have historically been the most concentrated area for uranium mining in the US. 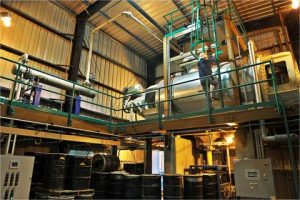 The company sees the outlook brightening because of a rising uranium price, and a change of US government which it believes will be more receptive to the industry. Uranium Energy’s market capitalisation stands at $213m, but this is way below the $700m it had enjoyed before Fukushima-related policies caused uranium prices and equities to plunge.

Former long-serving Texas governor Rick Perry, who has just been sworn in as energy secretary for the Trump administration, putting him in charge of a $30bn budget, has been keen on the uranium sector and is aligned with the President’s pro-nuclear and hydrocarbons stance. Mr Adnani said that secretary Perry is familiar with the uranium resource issue through many meetings with his company.

America is the biggest nuclear country. Continued reliance on nuclear power means there are 99 operating reactors providing 20% of the nation’s electrical energy, amounting to 62% of its carbon-free electricity. Four new reactors are under construction, and 10 in advanced licensing or planning stages.

Texas is one of the few places where permitting is governed by state rather than federal authorities. With an improved oil price and the appointment of Mr Trump’s team, US shale oil producers are drilling at the highest rate for more than a year and may make 2017 a record year for output. Most of the biggest shale plays are in the south of Texas. 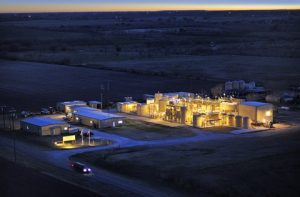 Despite the Fukushima effect, there remains a supply to demand imbalance in the uranium market.

Mr Adnani contends that uranium prices at current levels are unsustainable. “No producer on the planet can make money at the current spot price of $25 per lb, near its 12-year low,” he said. The nadir has been $17 – strongly contrasting with an earlier high of $140. “Today the marginal cost of production is about $40 per lb. The incentive needed [for conventional mining] is $75 per lb.” For Uranium Energy the incentive price is much lower.

Internationally, more production is likely to be shut down if market prices stay well below cost. As production contracts expire, they will not be replaced at previous pricing. Most utilities contract two to four years in advance of requirements, and long-term contracting activity has been unusually low. The bigger producers are now exposed to the spot market which is significantly below where their contracts were signed.

Mr Adnani says that the nuclear industry is faced with the “one billion pound” question. Over the next 10 years, utilities will need to purchase 1bn pounds of uranium oxide, yet more than 82% of utility requirements are uncovered by 2025. In general, seven to 10 years is required for new project development.

The US is dependent on nothing else as much it is on foreign uranium. The US is currently importing 95% of its requirements and Kazakhstan has been its main supplier. Kazatomprom is cutting production and is becoming more oriented towards Beijing and Moscow.

Mr Adnani said that nuclear expansion had its best two years for a quarter of a century in 2015 and 2016, especially in China and India, for reasons including greater emphasis on air quality.

In fact, the net number of reactors is higher today than it was before the Fukushima incident. There are 447 operable nuclear reactors (providing continuous base load power) in 30 countries. Sixty reactors are under construction, and 164 reactors on order or planned.

China is accelerating its nuclear growth plans with 31 gigawatts of electricity (GWe) installed (30 units operating) rising to 58 GWe by 2020, 97 GWe by 2025 and 160 GWe by 2040. The country is breaking ground on six to eight new units per year (increasing to 10 per year post-2020). At the same time, China has imposed a moratorium on new coal plants.

India is operating 22 reactors, with five units under construction and 20 units ordered or planned.

Moscow-based Rosatom has around $133bn worth of foreign orders for its nuclear technology, including new reactors in Finland and Turkey. More than 20 nuclear power reactors are confirmed or planned for export construction. Among other developments, the nuclear fleet has increased Arctic navigation on the Northern Sea Route from two to 10 months per year, and in the Western Arctic, to year-round, according to the World Nuclear Association.

In Japan, the Nuclear Regulation Authority has received 24 applications to restart reactors, and 10 have been approved, five of which have been effected. Government-approved plans are for 20%-22% of energy to be provided by nuclear power.

The company has six in-situ recovery projects in Texas, with two (Palangana and Golidad) fully permitted and a third (Burke Hollow) in advanced stage permitting. Yellowcake from its Palangana in-situ recovery mine, which needed a relatively low initial capital expenditure of $10m on a six months’ construction timeline, will be processed at the company’s Hobson plant. Palangana is production-ready, with a low cash-cost of $21.77 per lb during operation and based on actual results.

Hobson gives the company an infrastructure advantage as it is one of only three such facilities in the United States. The Hobson plant is fully licensed and permitted and has a 2m lb a year capacity. Of the project in Paraguay, where $50m was spent on previous exploration in geology like that of Texas, Mr Adnani said: “We believe this will be the opportunity to develop where permitting will be fast and the cost of doing business is a lot less.” A big factor is that neighbouring Brazil and Argentina have operating nuclear reactors and are looking to expand their nuclear capacity.

The board includes Spencer Abraham as executive chairman. He was Secretary of Energy for President George W Bush from 2001 to 2005, and previously non-executive chairman of the US board of Areva.

Amir Adnani has two focuses in his business life, which are concerned with yellow metals that are completely different. In addition to his leading role at Uranium Energy, he is chairman of GoldMining Inc, which has substantial gold development projects in Brazil, Colombia and Alaska. The companies are alike in strategy, and in having a market capitalisation of more than $200m.

Mr Adnani was born in Iran and his family, which was in the commodities and real estate development business, moved to the US and then Canada when he was young. He gained a BSc degree from the University of British Columbia, and entered the junior mining sector in his mid-20s. a field where he has now been for 15 years. One long-term investor praises him as “one of the best CEOs in commodities.”

Fortune magazine has included Mr Adnani in its “40 Under 40, Ones to Watch” list of North American executives, and he was named one of “Mining’s Future Leaders” by Mining Journal

As is the case at Uranium Energy, at GoldMining Mr Adnani is the largest individual shareholder, insiders holding a total of 25%. At GoldMining, shareholders include the big merchant bank Brasilinvest. Institutions have 30%.

Goldmining was until December 2016 known as Brazil Resources Inc, which Mr Adnani founded in 2010. The name was changed to reflect its diversified portfolio and goal of building a leading gold acquisition and development company throughout the Americas. Its Toronto Venture stock changed its symbol to GOLD, and on the US OTCQX exchange the symbol became GLDLF.

Acquired in 2016, Titiribi near Medellin is one of the biggest gold deposits in Latin America, valued at $551m in 2012. The Athabasca Basin project has a joint venture with Areva, a major producer of uranium which would put its sought-after uranium production experience at the disposal of its partner.

In all, GoldMining has 10.4m ounces of gold equivalent measured and indicated, and 7.8m ounces inferred, under its official NI 43-101 compliance statement.

At the end of February 2017, GoldMining Inc was named to the 2017 TSX Venture 50, an annual ranking of top-performing companies on the TSX Venture Exchange. The company was ranked second overall in the mining sector. Mr Adnani said: “With $20m [Canadian] in cash and strong institutional backing, we will strive to earn the same results over the year ahead.”