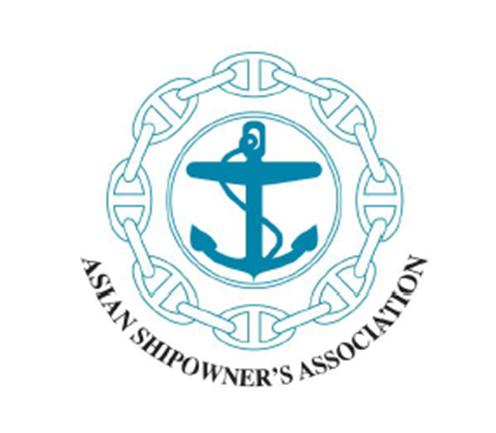 The 29th Interim Meeting of ASA SERC was held in Fukuoka, Japan 10 March 2017.  The meeting was attended by 21 delegates from ASA member associations of ASEAN, China, Chinese Taipei, Hong Kong, Japan and Korea (please see attendance list attached).  ASA SERC members were firmly committed to ensure full compliance with all applicable competition laws throughout the entire programme under careful observation of their counsel, as in previous meetings. Outline of the meeting is as follows:

U.S. economy will slightly pick up this year, considering that manufacturing and investment will gain traction after a weak 2016.  On the other hand, there is concern about how future economic policy and other policy initiatives under the Trump administration might affect not only the U.S. economy but also the global economy.  With regard to EU, there is a projection that growth in Euro area in 2017 will continue at a lower level, primarily because of political uncertainties such as both unpredictable Brexit process and upcoming elections in some major EU countries that could continue to slow economic momentum.  Concerning situation in Asia this year, China’s growth is expected to be moderate in consideration of not only effect of on-going economic rebalancing but also soft external demand and slower private investment.  On the other hand, growth in emerging Asian economies is projected to remain broadly stable, especially in India.  Overall, it seems the global economy will continue its moderate growth, but this could be undermined by various political uncertainties such as new U.S. administration and Brexit.

Mr Turloch Mooney, Senior Editor of IHS Maritime & Trade, gave presentations on current situation and forecasts for shipping markets such as U.S. Trans-Pacific and Intra-Asia liner markets, also dry bulk/tanker markets.  Attendees noted outlook that shipping companies would be still stuck in continuous sluggish markets in most sectors in 2017, but that there were some positive signs for improving markets in the future such as indications of a gradually narrowing gap between supply and demand.

There are concerns arising from implementation of IMO regulation for ships to use fuel oil with sulphur content of no more than 0.5% from January 2020, such as future availability of sufficient quantities of compliant fuel oil and price. Mr Taro Shimizu, JX Nippon Research Institute, provided attendees with his analysis on possible options for refining industry to cope with regulation and outlook for supply/demand of compliant fuel oil. Attendees agreed to the importance of ensuring supply system for sufficient quantities of compliant marine fuel oil in order for carriers to comply with new regulation and avoid disrupting movement of international cargo flow.

Delegates were updated on recent trends in corrupt practices affecting the maritime industry, based on information kindly provided by Maritime Anti-Corruption Network (MACN) that is conducting activities for eliminating corrupt practices impacting the industry.  It was reiterated that bribery, facilitation payments and other forms of corruption had been long-standing, rooted obstacles to fair trade for shipping companies, and attendees therefore agreed to continuously address this important task in collaboration with interested parties such as MACN.

Recent Suez and Panama Canal developments were reported.  Delegates reaffirmed importance of establishing earliest possible regular dialogue mechanism between Canal Authorities and Canal users in order to ensure safe transit environment and prevent recurrence of excessive and short-notice Canal toll increases in a non-transparent manner.  It was therefore agreed that ASA should continue its efforts, in collaboration with international shipping organisations, towards early establishment of a dialogue mechanism.

Attendees were informed by Mr Simon Bennett of ICS of recent developments in international shipping policy such as negotiations on bilateral-multilateral free trade agreements, those leading to expansion of maritime transportation demand, major issues for a level playing field in shipping such as discriminatory taxation on foreign carriers and risk of introduction of a cargo reservation scheme in some countries. Attendees reaffirmed support for further expanding free trade agreements globally and agreed that ASA, in collaboration with other shipping organisations such as ICS, should continue its efforts to ensure an environment for fair competition in global shipping markets.

Recent developments in a number of jurisdictions were reported.  Attendees reconfirmed ASA’s long-standing policy that anti-trust immunity system for cooperative carrier shipping agreements (e.g., vessel sharing agreements, voluntary discussion agreements) is indispensable for healthy development of the liner shipping industry and the maintenance of reliable service to the entire trading industry. The unfortunate demise of Hanjin Shipping, with adverse effects on the movement of cargoes and vessel and port operations globally, is an important reminder about the need for these cooperative mechanisms to mitigate the effects of today’s ultra-competitive shipping markets. ASA SERC commended ASA for its active support of industry efforts to maintain anti-trust exemptions for liner shipping agreements and urged continued activity in this regard.

The members also discussed how best to ensure continued input and support from all concerned liner companies on Asian competition law and similar policy developments of impotance to the liner industry.  This will be considered at the next SERC meeting.

The ASA Shipping Economics Review Committee (SERC) is a forum for senior executives of Asian shipping lines to review macroeconomic trade information, major trade developments, and regulatory policies as they relate to shipping and trade.  The objective of the ASA SERC is to improve the quality of executive decision-making by the review of available macroeconomic data and the sharing of perspectives on major trade and shipping policy issues.

Viewers can open this document and see the participants: FINAL 20170310_SERC29AttendanceList (1)