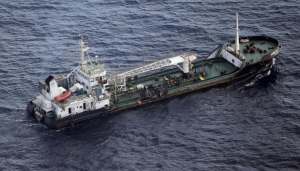 Following our last yesterday, we advise our viewers that EU Naval Force (Somalia) has confirmed that fuel tanker Aris 13 and her crew are now en route to a safe port on the north coast of Somalia after armed pirates, who had been holding the crew since Monday 13 March 2017, departed the ship. The master confirmed that his crew had suffered no injuries during their 4-day ordeal. It is understood that members of the Puntland Maritime Police Force assisted with the ship’s release and are currently on board.

The merchant tanker ARIS 13 was reportedly taken on 13 March by an unknown group and was taken to the shore in the vicinity of Caluula, Puntland. ARIS 13 is a Panama owned, UAE managed and Comoros flagged ship, carrying eight Sri Lankan nationals on board.  The ARIS 13 was transiting very close to the shore of Somalia without visible BMP measures or an embarked PAST. It didn’t register with MSCHOA before leaving Djibouti. The low speed (6knots at the time of the incident) and low board made it a vulnerable target for pirates.

EU NAVFOR urged all vessels navigating through this region to adhere to BMP4 and use the IRTC, so as to remove the opportunity for criminal organisations to conduct pirate attacks. For further information, please see the recent update of EU NAVFOR  and the attached detailed update, which was previously issued.