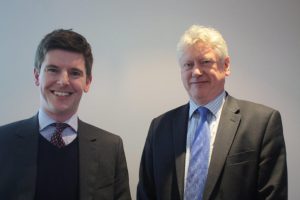 Marine average adjusters are at the centre of a conflict over whether shipowners should be compensated for having to stump up thousands of dollars in extra costs when extricating their vessels from the hands of Somali pirates.

Although the sum at stake in the incident that has led to the controversy is modest in commercial terms, argument over the principle at issue is about to go all the way to the Supreme Court, the final Rcourt of appeal in the UK for civil cases.

Opinion is sharply divided within the average adjusting profession over whether a shipowner should alone have to bear expenses that build up during attempts to get Somali pirates to slash their ransom demand, even when the eventual deal saves substantial sums for both ship and cargo interests.

A clear outline of the arguments was presented to the London market at the Association of Average Adjusters spring 2017 City seminar, an event organised in conjunction with the International Underwriting Association.

In what he stressed was a personal opinion Robert Tomlinson, adjusting manager at Richards Hogg Lindley and a senior associate of the adjusters’ association, welcomed a Court of Appeal finding, which is to be challenged in the Supreme Court in a hearing likely to begin in September.

He took as his starting point a vessel hijacking eight years ago, when piracy in the Indian Ocean was close to its peak. The scourge was largely suppressed by international naval action, improved voyage reporting and the hiring of armed guards for ships, although on March 13 2017 a new serious incident off Somalia was reported. The new incident was resolved quickly but gave rise to fears that instability in the region might prompt further assaults against ships.

The title referred to the Longchamp, a chemical tanker seized by Somali pirates on January 29 2009; and to Rule F of the York Antwerp Rules 1974 (a framework incorporated into many contracts of affreightment). A ransom of $6m was demanded, and after 51 days of wrangling, this was whittled down to $1.85m.

In the time taken to achieve the reduction, the owning company had to spend an extra $180,000 on crew wages, maintenance and fuel. Should an owner be able to claim for such ‘substituted expenses’ in the General Average apportioning of costs?  (A General Average act arises from an extraordinary sacrifice or expenditure made to safeguard the common property during a ‘maritime adventure’).

Payment of a ransom is usually allowable within a general average settlement. Wages incurred and fuel consumed while a vessel is detained by pirates are not allowable, because these losses are caused by delay and therefore excluded under Rule C of the York Antwerp Rules.

In the Longchamp case, the average adjusters allowed the $180,000 expenses to general average under Rule F because these were incurred during the negotiation period, and the negotiation saved considerable ransom money.  Cargo insurers objected to that decision, there was a submission to the advisory committee of the Association of Average Adjusters, and the committee by a majority came out against the terms of the proposed adjustment. The High Court conversely backed the original adjusting decision.

The Court of Appeal overturned the High Court ruling and held that there was no alternative course available to owners but to negotiate with the pirates, so Rule F – allowing a ‘substituted expense’ – could not be engaged.  The Court of Appeal said that regardless of whether the ransom is paid on demand there will be negotiation, and expenses will be incurred, the difference being only in their extent; however, the court went on to hold that it would not have been unreasonable to have paid the initial $6m ransom demand.

Mr Tomlinson contended that the Court of Appeal decision was welcomed by most adjusters and achieved what most would deem the correct application of Rule F. He stressed that with the Longchamp circumstances, referred to as Mitsui & Co and Others vs Beteiligungsgesellschaft LPG Tankerflotte, going before the Supreme Court, “it is by no means a settled issue. The whole case centres on what happens with Rule F.”  As such, he offered several comments on the Court of Appeal decision.

He said that given the pattern we have seen in virtually every case of Somali piracy, negotiating before paying a ransom is the tried and tested method of securing the release of a vessel. It is hard to see how it could be considered reasonable to pay the initial ransom demand without attempting to negotiate.

“Somali piracy follows well known protocols: we know how it works. After an average of about 50 days they reach an agreement and the ransom is paid. To what extent an initial demand would be negotiated down could be predicted with a high degree of accuracy,” said Mr Tomlinson.

He also questioned: “Does the option ‘not’ to negotiate even exist?” In a separate case, Masefield vs Amlin, expert evidence had been given that after a Somali pirate seizure the “safest, most timely and effective means to secure the release of a ship’s crew in such circumstances has proven to be, in case after case, to negotiate and subsequently pay a ransom.”

In other parts of the world, it might be inappropriate to attempt to haggle, but in the context of Somali piracy, “they are expecting to negotiate.  This is how every single case has gone. You introduce stability into the situation instead of introducing an unpredictable element.”

As the majority in the advisory committee had stated, the unprecedented acceptance of a ransom on demand might well have led to the pirates asking for more money. Mr Tomlinson emphasised: “I think you have to negotiate.  It is just life. I think it would be unsafe not to.”

He concluded by referring to further problems the marine market might face, should the Supreme Court overturn the Court of Appeal position.  If Rule F is to take precedence over Rule C in piracy matters, then could we see allowances under Rule F for deliberate pollution to save salvage expenses, what allowance would there be for loss of perishable cargo, and would there have to be a new look at loss of hire provisions?

Keith Martin, chairman of the Association of Average Adjusters, who presided at the AAA/IUA event, expressed thanks to Mr Tomlinson for his “stimulating” analysis of the legal approach to substituted expenses.

CYPRUS & SERBIA: On a virtuous cycle of sovereign rating upgrades