Health and Safety Champions are shortlisted for International Safety Awards 2017 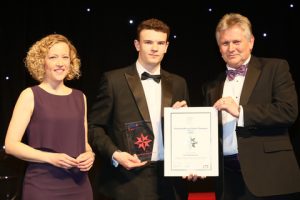 This year, 136 organisations nominated individual employees for these awards. The applicants are from organisations operating in a wide range of industry sectors and countries, including the United Kingdom, Africa, Asia, the Middle East and the West Indies.

The following individuals have been shortlisted for the Health and Safety Champion Award 2017:

The shortlist for the Young Health and Safety Champion Award 2017 includes:

Last year, David Thomson, offshore inspection engineer at CAN Group, won the Health and Safety Champion Award. The Young Health and Safety Champion award for 2016 went to Ben Ealey-Newman,apprentice engineer at Cobham Antenna Systems. They both demonstrated exceptional commitment to ensuring their colleagues’ health and safety and a great deal of initiative by introducing projects that protected co-workers from the risk of injury and ill health.

“We are delighted to have received so many submissions from organisations in different industry sectors and countries recognising their employees’ contribution towards making their workplaces healthier and safer. The shortlist of nominations reflects a great deal of individual effort of people who have gone the extra mile over and above their professional roles and responsibilities. Among the nominees are young workers who will be tomorrow’s health and safety champions.

“We are very grateful to our panel of judges who have independently adjudicated these two awards and look forward to announcing the winners of both award categories at the Gala Dinner on Friday, 5 May 2017.”

The list of International Safety Award winners for 2017 is at: www.britsafe.org/isa.

International Safety Awards Gala Dinner, 5 May 2017
The 2017 International Safety Awards Gala Dinner will be held at the Grosvenor House Hotel, Park Lane, London, on Friday 5 May 2017 to celebrate the success of the winners. Attendees will enjoy a spectacular evening that includes awards presentations, a fine dining experience, entertainment and dancing.

Find out more about the 2017 International Safety Awards Gala Dinner at: www.britsafe.org/events/galadinner

Admiral Peter Brady is made special envoy to IMO