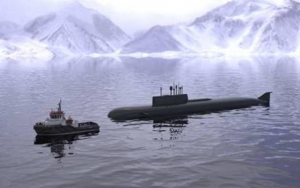 The Russian boat will be used in the scheduled scrapping of nuclear submarines in the Barents Sea. The Algerian one is for use by the harbour authority at Skikda.

Company President Duò: “It is an important challenge in a very competitive and selective market. We want to build quality boats that become a point of reference for international operators.”

Adria (Italy), 6th April – Vittoria Shipyard, which is one of Italy’s main constructors of military and commercial boats, has laid down the challenge to the international tug market with orders from the Russian and Algerian governments for a total value of 15 million Euros. In the case of Russia, which is known around the world for the severity of its regulations and high quality and security standards, Vittoria Shipyard will build one of the boats that will be used in the operations scheduled for the scrapping of nuclear submarines that have been decommissioned by the Russian Navy.

The contract, which Vittoria won in a public tender process in which all the big names of Italian shipbuilding took part, is in the name of the Italian Ministry for Economic Development (MISE) and is part of the long-standing agreement between the Russian and Italian governments on managing radioactive waste. 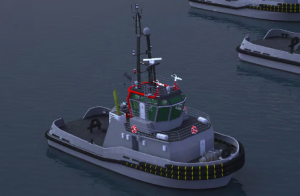 About the Algerian order, the Italy-based yard won the contract to build a port and coastal tug from the Skikda harbour authority. This project, which is worth over seven million Euros in total, was the outcome of an international tender process by the Algerian Transport Ministry which was contested by as many as fourteen naval yards, from Spain, Turkey, France, India, China and the Netherlands as well as Italy.

For Vittoria Shipyard these ASD tug (azimuth stern drive) sales are historic. The yard has specialised over the years in building military and paramilitary boats (patrol boats, interceptors, Search and Rescue [SAR] vessels and landing craft), workboats (harbour and offshore platform support work) and passenger vessels. “The tug market is a big challenge”, says Luigi Duò, the president of Vittoria Shipyard. “We have set ourselves the aim of building boats that can be a new point of reference in a market that is as competitive as that for tugs. The quality of our products and engineering gets important recognition from very demanding, highly-professional clients.”

The tug sold to Russia is set to work in the difficult conditions of the Barents Sea, with temperatures that go as low as ‑40 °C. It will meet the country’s very stringent quality and security requirements, and will be built and checked in accordance with the regulations of the Russian Maritime Register of Shipping (RMRS). Once built, it will be given the highest-class notation possible. The tug, which is around 32 metres long, is designed to operate in non-Arctic waters and will have a towing capacity of over 60 tonnes, as well as reaching 12.5 knots thanks to the two diesel engines linked to two azimuth thrusters with variable pitch propellers. The contract is worth 8 million Euros anddelivery is scheduled for 2018.

The vessel destined for Algeria will work in both towing and pushing. It will have an overall length of 26 metres, overall beam of 10 metres and a draught of 3.80 metres, and displace 508 tonnes fully laden. The tug will have a 30-tonne towing capacity, and will be equipped with double ASD propulsion and two diesel engines producing over 3,600 horsepower. The top speed is 12.5 knots. The boat is fully equipped for localization, safety and rescue operations, and can accommodate a 7-person crew. The boat will be classified by Bureau Veritas of France and will be delivered in 2018.

The company, which was founded in Adria (Rovigo) in 1927 by the Duò family, designs and builds military, work, commercial and transport vessels of up to 100 metres. It works in accordance with the very high standards laid down by ISO 9001 (Quality Management), ISO 14001 (Environmental Management), OHSAS 18001 (Occupational Health and Safety) and ISO 3834-2 (Automatic and Manual Welding). Since its foundation, Vittoria Shipyard has built more than 860 vessels, and over the years has received various commissions from the Italian Coastguard, Fire Brigades, Customs Police, and Navy. Abroad the Company has won numerous international contacts from Malta, Cyprus, Libya, Croatia, Slovenia, Tunisia, Algeria, Russia and Romania, as well as designing and manufacturing various projects from the most important Italian firms working in oil & gas, transport and sea-works industries.