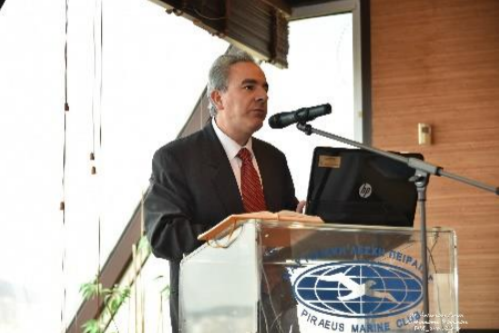 On Wednesday the 29th of March 2017 the Piraeus Marine Club featured a talk as a part of its series of Working Luncheons highlighting key current events issues entitled “Geopolitical Developments: Risks and Opportunities” and bringing together two highly regarded expert speakers for the exclusive connection with Piraeus Club members. Thanos Dokos, Doctor of International and Strategic Studies of Cambridge University and General Manager ELIAMEP spoke on an d analyzed the very critical issues on The tension in the Aegean and the Greek–Turkish relations’ prospects, while Athanasios Ellis, Senior Diplomatic Editor and Columnist for the daily KATHIMERINI enlightened the audience on changes and developments in US politics under the new administration. 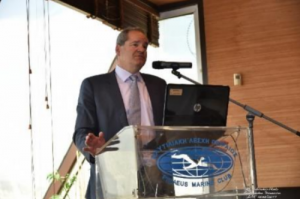 Dr. Dokos emphasized the higher degree of conflict rising between Greece and Turkey which could have significant consequences not only on the two countries but in the region generally and reflected on the continuing clashing of even simplistic aspects of coastline borders which remain to date a serious point of contention. Mr. Ellis updated the attending members on the changing scene in the White House with the new Trump administration which now has influence from Reince Priebus, the new Chief of Staff and well known Greek American and how this can potentially have a softening impact on foreign affairs of the US with respect to issues concerning Greece and Turkey. The members had the opportunity to raise questions and delve deeper into the topics while the two distinguished speakers provoked an engaging discussion which went well on in to the afternoon.