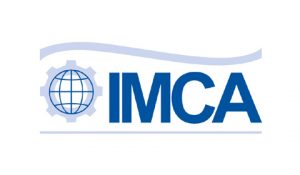 The International Marine Contractors Association (IMCA) is selecting a key fact a day on the countdown to the April 18, 2017 U.S. Customs and Border Protection (CBP) comment submission deadline, to highlight the potential risks if CBP revokes 40 years of precedent as reflected in its own rulings. Rulings that have brought decades of stability and billions of dollars in investment to the oil and gas industry in the Gulf of Mexico.

IMCA issued its vessel impact report* on April 4, 2017 and it is crammed with information and facts and figures showing that the U.S. coastwise qualified fleet is unable, on its own, to support activities in the U.S. offshore deepwater market.

American Petroleum Institute (API), the voice of the American oil and gas industry, published their economic impact study** on April 4, 2017 which unequivocally shows the negative impact on U.S. employment and the offshore job market as a result of CBP’s Notice, with up to 30,000 U.S. jobs projected to be lost in 2017 and a projected average decrease in employment of over 80,000 U.S. jobs from 2017 to 2030. The brunt of these U.S. jobs losses will be borne by U.S. Gulf Coast States.

The specialist deepwater offshore vessels are operated by international marine contractors based in the United States. These are companies who employ thousands of U.S. citizens offshore and onshore in high value, high skilled jobs and have contributed significantly to the U.S. economy and their local communities for decades. These international companies have invested heavily in fabrication yards, and engineering, design and management capacity, providing thousands of jobs for American workers. Far from discouraging investment in the U.S. economy, international companies provide inward investment, support a wider supply chain of American companies, and create jobs.