Top Posts
Don’t take chances where your health is concerned…
SH Payments appoints Justinas Basalykas as CEO and...
How Greek shipping can cut costs and improve...
GLOBAL & REGIONAL DAILY (Thursday 13 May, 2021)
RMT calls for action to protect seafarers’ mental...
Poseidonion Grand Hotel welcomes you back on May...
Large Diameter Drilling to partner with DEME Offshore...
Cyprus Ship Management Round Table Webinar and Debate
Lady Moura up for sale… plus more
Will the dollar decline? The changing landscape of...
TSUNEISHI SHIPBUILDING collects actual operation data by IoS-OP
Home HREvents, Conferences,Forums and Symposiums Bermuda promotes America’s Cup at RIMS 2017
Events, Conferences,Forums and SymposiumsInsurance and Reinsurance 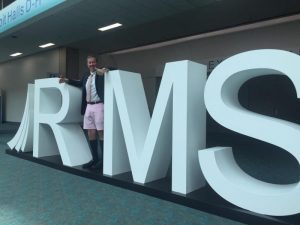 Hamilton, Bermuda, April 18, 2017 – A delegation of Bermuda government and industry representatives will turn the spotlight on the 35th America’s Cup at next week’s Risk and Insurance Management Society (RIMS) annual conference and exhibition in Philadelphia, PA.

With just over a month to go before the start of the historic regatta on the island’s Great Sound, the Bermuda Business Development Agency (BDA) is leveraging Bermuda’s profile at the prestigious insurance event running April 23-26 to highlight the May-June showdown. An America’s Cup theme will mark the Bermuda Booth (#1837) in the RIMS Exhibition Hall, while the annual Bermuda networking reception will be held aboard Moshulu, a restored square-rigged barque permanently docked at Penn’s Landing on the Center City waterfront. The Cup is expected to be a major topic of conversation and media coverage during the four-day event.

RIMS, with over 400 exhibitors, attracts close to 10,000 risk-management professionals to its annual conference, as well as senior executives and other decision-makers from a wide range of sectors.

“This year, once again, Bermuda will be well represented by government and our industry partners at RIMS,” said Premier Michael Dunkley, who will become the first Bermuda leader to make an official presentation at RIMS when he delivers his Monday, April 24 session titled, “Small Wonder: Bermuda’s Super-Sized Impact on the World of Risk.”

“We are honoured to be part of the new Executive Leadership Track debuting at RIMS, and I’m looking forward to telling the Bermuda story,” the Premier said. “RIMS is such a highlight for us-from the Bermuda Booth being featured in the Exhibition Hall, to our hosting of the Bermuda Reception. It’s an important opportunity to showcase why Bermuda is such a unique and resilient financial centre.”

The BDA is coordinating Bermuda’s presence at the annual conference, which, as well as the speakers sessions, includes a full slate of media interviews and meetings with key conference and city officials.

“The America’s Cup has a natural synergy with Bermuda’s brand of global business and tourism,” noted BDA CEO Ross Webber. “It’s about quality and longevity, and our insurance industry embodies both those characteristics. We’re proud to represent the island at RIMS and celebrate Bermuda’s economic contribution worldwide.”

“The Authority is delighted to once again be part of the Bermuda delegation at the annual RIMS conference,” said BMA CEO Jeremy Cox. “Upcoming regulation is always a key discussion topic, so we have assembled a strong team that will be able to answer any regulatory questions that prospective Bermuda market entrants might have. RIMS is also an excellent opportunity for the Authority to gather important market intelligence, which is vital if we are to do our part to ensure that Bermuda maintains its reputation as a premier centre for financial services.”

The hallmark Bermuda Booth, a prominent two-storey structure with island architectural styling, will feature nautical additions this year and America’s Cup videos, as well as promotions to encourage island visitors, including delegates to the annual Bermuda Captive Conference, slated for September 10-13. “While we have always had a lot of registrations and interest at RIMS, this year there will be advertising on all buses transporting attendees to the Bermuda Reception, as well as bill-boarding on the Bermuda Booth itself,” said BCC Chair David Gibbons. “We are confident this will see us surpassing our record numbers from 2016.”

BDA, BTA, BMA and volunteers from Bermuda’s global companies will be on hand at the Booth to answer questions about the jurisdiction and meet with prospective business interested in establishing a presence in Bermuda.

“The Bermuda Tourism Authority is delighted to once again collaborate with island partners to promote Bermuda as a leading destination for corporate, incentive and association group travel,” said Victoria Isley, BTA Chief Sales and Marketing Officer. “The RIMS conference location this year is of particular interest to us because Philadelphia offers travellers direct air service to Bermuda. In addition to what we’re planning at RIMS alongside BDA, conference attendees and Philadelphia residents will see out-of-home and other advertising from BTA as part of our focused effort to support the daily airlift which resumed in Philadelphia earlier this month.”

The BDA is partnering with BTA and Gosling’s Rum to host the Bermuda Reception Tuesday evening aboard Moshulu. Built in 1904, the vessel is the largest remaining original windjammer, and was featured in the movies Rocky, Blowout, and The Godfather Part II.

“Gosling’s Rum is honoured to be part of the RIMS conference alongside BDA and BTA,” said Malcolm Gosling, Jr. “As Bermuda’s oldest business and producers of Bermuda’s largest export, we are extremely proud of our island home. As the Official Rum and Official Ginger Beer of the 35th America’s Cup, we also look forward to hosting visitors and locals alike to witness what promises to be an exciting battle for the oldest trophy in international sport.”