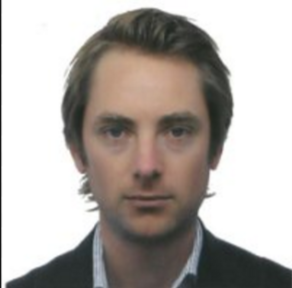 The recovery of bulk carrier earnings has fired S&P activity, values and new orders but market faces an uncertain outlook for the balance of the year

London, April 18, 2017. Maritime Strategies International (MSI), a leading independent research and consultancy has forecast a positive short term outlook for dry bulk freight rates, but has cautioned on second half prospects. MSI notes a persistent and positive shift in dry bulk market sentiment in recent weeks, with most Baltic indices at their highest point of the year.

Capesizes led the charge with spot rates rising to almost $20,000/day in late March – more than five times their levels of just a few weeks earlier, although they have since fallen to $15,000/day. Meanwhile Panamax rates have risen above $11,000/day for the first time this year, having averaged $7.500/day during February. Handysizes are now over $8,000/day, up almost 50% since February.

Supporting the better spot rates are pockets of stronger underlying fundamentals, such as Brazilian iron ore exports (up 10% yoy in Q1) and Chinese coal imports (up 48% yoy). This is partly explained by a recovery in industrial activity in China – steel output is up 6% yoy for the year to date.

“MSI is more positive on the near-term outlook for Capesize spot earnings, partly driven by the latest data for Chinese steel and iron ore import demand,” says MSI Senior Analyst Will Fray. “However we do expect this support to wane in Q2/Q3 and are still mindful of large port stockpiles of iron ore and evidently we are more negative than the FFA market for June and September periods.”

Better rates have brought the S&P market back to life with an increased pool of potential buyers supporting a noticeable rise in the number of transactions taking place. Some 190 second-hand vessels were sold during Q1, up 86% on the same period of 2016.

Values have risen sharply too – 10 year old Capesizes and Panamaxes rose in value – by 21% and 25% respectively – from February to March, to reach their highest level since late 2015. There are signs of life in the newbuilding market too, with four Kamsarmaxes and two Handysizes contracted in March.

Stronger rates have also been the key driver behind weaker demolitions, with just 4.4m dwt scrapped in Q1, compared with 14m dwt in Q1 2016. The combination of a dearth of vessels being offered for scrap and robust steel prices has led to an increase in prices being offered by Indian and Bangladeshi breaking yards, which have risen by about $50/LDT in the past month to $360-390/LDT for bulkers.

MSI has also lifted its Panamax rate forecast for 2017, with rates broadly similar to March’s average for June and September. In the Handy/Supra sector, a revived Indonesian ore trade and stronger Latin American grains exports should support spot rates for smaller geared bulkers in Q2. However MSI’s forecasts are again relatively weaker towards the end of this year, partly due to weaker US grain exports.