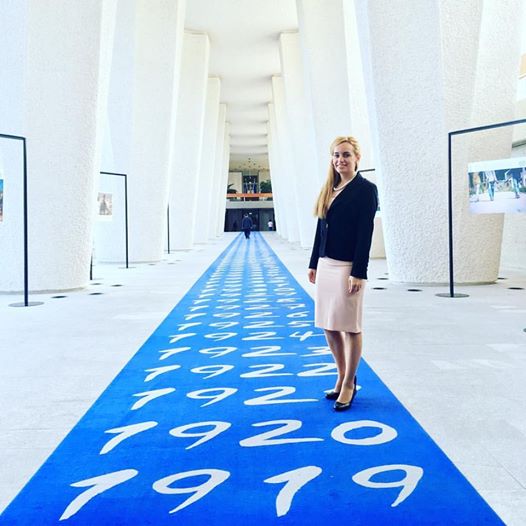 The Working Group’s meeting took place in Geneva, Switzerland, from 3 to 5 April 2017. It brought together over 150 representatives from Governments, employers’ organisations and seafarers’ associations, officials from ILO, IMO and civil society organisations to examine issues related to the protection of seafarers’ wages when the seafarer is held captive on or off the ship as a result of acts, such as piracy or armed robbery against ships.

The Group was assigned an additional task, which was to consider recommendations on improvements to the process for preparing proposals for amendments to the Code of the MLC, 2006, for consideration by the next STC. Despite the severe time pressure, the Working Group met its objectives, which were to prepare proposals and produce reports for the third meeting of the STC, taking place in April 2018.

Speaking at the meetings, Eleni Antoniadou, IMCA’s Policy and Regulatory Affairs Adviser, welcomed the discussions and expressed IMCA’s appreciation for previous amendments to the MLC (that came into force as of 18 January 2017), which protect abandoned seafarers, and provide financial security for compensation to seafarers and their families in cases of seafarers’ death or long-term disability.

The meetings were guided by a background paper for the preparation of proposals related to the protection of seafarers’ wages when the seafarer is held captive on or off the ship as a result of acts such as piracy or armed robbery against ships. Further information on the contents of the background paper are available from the ILO website(http://bit.ly/2nU65Tt).

The Maritime Employers’ Group, on various occasions, reminded those present that it was always clearly stated that there may be a number of options to choose from, including stand-alone guidance, contractual changes, or no action at all or an amendment to the code of the MLC, and that all options should be open for discussion at the Working Group meeting, and at the next STC.

As a result, the final report of the Working Group includes three different proposals to the next STC related to the protection of seafarers’ wages during piracy or armed robbery against ships.

Improvements to the process for preparing proposal for amendments to the Code of the MLC were one of the tasks undertaken by the Drafting Group during the course of the meeting.

IMCA expressed its full support for establishing a clear and efficient process at ILO for proposing amendments to the MLC, as this would provide transparency, avoid overlapping regulation, and also ensure proportionate measures on issues that arise. The current lack of a robust amendment process has led to matters such as the piracy wages being discussed for potential regulation, even though there is no solid data on which to base such regulation.

The Working Group issued a template for submitting proposals for amendments to the Code of the MLC, 2006 in accordance with article XV of the Convention, which will be finalised by the STC next year.

IMCA looks forward to continuing discussions in an effective and cooperative manner at the next STC meeting in April 2018. As Eleni Antoniadou explains: “We are delighted that the Convention has been ratified by 82 Members. However, we would still like to see the Convention ratified in many more countries to reach the original objective of ratification in line with MARPOL, SOLAS and STCW, and we offer our continued support to the Office to encourage such ratifications.

“IMCA, as the representative of marine contractors, fully recognises that we have a responsibility towards the seafarers employed on the world’s vessels, and we will continue to work to ensure our members promote ratification and effective implementation of the Convention.”