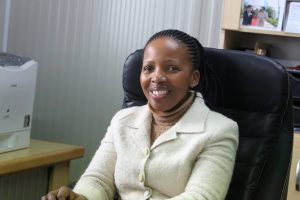 [Johannesburg, South Africa, 24 April 2017]  Transnet National Ports Authority has made several senior appointments that will assist the division to sharpen its focus on the delivery of its strategic objectives and improve operational efficiencies. The changes – which follow the recent resignation of the Cape Town and Saldanha Port Managers – will introduce new Port Managers in the Eastern Cape and Western Cape. TNPA will also establish a new department that will strengthen the authority’s research and development capabilities.

TNPA Chief Executive, Richard Vallihu said: “TNPA has bid farewell to the Port Managers of Cape Town – Sipho Nzuza – and Saldanha – Willem Roux – both of whom served our organisation admirably for a number of years. We are indeed grateful to them for their contribution to the organisation and wish them well as they pursue interests outside of TNPA.”

The Port of Cape Town has its first female Port Manager in the form of Mpumi Dweba, who most recently served as Port Manager at the Port of Ngqura. Dweba has earned numerous accolades and boasts solid experience in port operations, supply chain logistics and the maritime industry. She was instrumental in delivering on TNPA’s strategy to operationalise the Port of Ngqura and position it as a major container transshipment hub linking ports in the East, West and Southern Africa with their trading partners. Dweba succeeds Sipho Nzuza, who is due to leave TNPA at the end of April to take up the role of eThekwini Municipality’s City Manager. 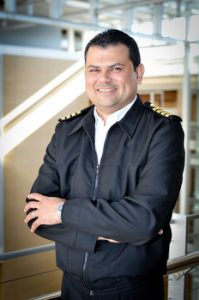 The Port of Saldanha also has a new Port Manager. Captain Vernal Jones succeeds Willem Roux, who resigned earlier this year. Jones – who has served as Harbour Master at the Port of Richards Bay and more recently at the Port of Cape Town – brings extensive knowledge in marine operations to the table. He is expected to continue to lead the delivery of TNPA’s strategy to transform Saldanha into a service centre for the oil and gas sector.

Former Mossel Bay Port Manager Tandi Lebakeng has been transferred to the Port of Ngqura to succeed Dweba. Lebakeng has been with Transnet for more than 20 years and her experience spans trade and logistics, business strategy and planning and development. 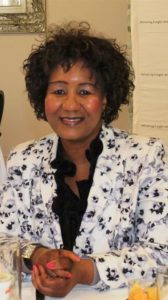 While these changes temporarily leave the ports of East London and Mossel Bay with vacant Port Manager positions, the roles will be fulfilled in an acting capacity by Port Engineer, Alvin Singama, in East London and Senior Operations Manager, Shadrack Tshikalange, in Mossel Bay.

Jacqueline Brown, previously East London Port Manager, has been appointed as Executive Manager for Capacity Development and Enablement. She has more than 18 years’ experience in transport logistics, operations and management industries, a comprehensive training foundation and an exemplary career at leading organisations, particularly in port operations.

Ricky Bhikraj, Brown’s predecessor, is appointed to the office of the Chief Executive to establish and lead TNPA’s new Research and Development department. Bhikraj will also continue to head up TNPA’s Operation Phakisa projects aimed at exploring the untapped economic potential of the blue economy, primarily through marine transport and manufacturing (MTM) initiatives in the ports. 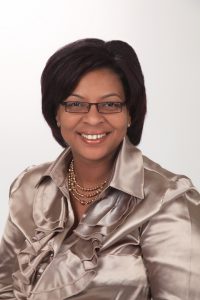 Debbie Cilliers, appointed as Executive Manager: Office of the Chief Executive, effective 1 May 2017. She is a qualified Chartered Accountant with various postgraduate qualifications in accounting, auditing and finance.  In addition to senior financial roles, she has also served as Executive Manager: Supply Chain and National Business Manager for the Auxiliary and Ports business unit at Transnet Engineering.

Ayanda Mantshongo, previously Corporate Affairs Manager at the Port of Durban, is appointed as Executive Manager: Corporate Affairs, effective 1 May 2017. Mantshongo has been with Transnet for seven years, working at both TNPA and TPT in senior corporate affairs roles at the Ports of Cape Town, Durban and Port Elizabeth.

Vallihu has assured TNPA stakeholders of the Authority’s continued commitment towards executing strategies and ensuring business continuity through these appointments.