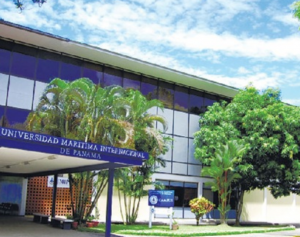 The International Maritime University of Panama (UMIP) has been selected to host the regional Maritime Technology Cooperation Centre (MTCC) for the Latin America region. MTCC-Latin America joins MTCCs in Africa, Asia and the Caribbean under the Global MTTC Network (GMN) project, funded by the European Union and implemented by IMO.

The International Maritime Organization (IMO) has announced that International Maritime University of Panama (UMIP) has been selected to host the regional Maritime Technology Cooperation Centre (MTCC) for the Latin America region, under an ambitious project, funded by the European Union (EU) and implemented by IMO, to help mitigate the harmful effects of climate change.

One further MTCC will be established in the Pacific, to form a global network of five centres.

The regional MTCCs will deliver the agreed project milestones over a three-year period, making a significant contribution to IMO’s continuing, widespread efforts to ensure effective implementation and enforcement of the global energy-efficiency regulations for international shipping.

• improving capability in the region – by working with maritime administrations, port authorities, other relevant government departments and related shipping stakeholders to facilitate compliance with international regulations on energy efficiency for ships
• promoting the uptake of low-carbon technologies and operations in the maritime sector through pilot projects
• raising awareness about policies, strategies and measures for the reduction of ghg and other emissions from the maritime transport sector
• demonstrating a pilot-scale system for collecting data and reporting on ships’ fuel consumption to improve shipowners’ and maritime administrations’ understanding in this regard, and
• developing and implementing strategies to sustain the impact of MTCC results and activities beyond the project time-line.

International Maritime University of Panama (UMIP)
UMIP is a public university funded by the Panamanian Government and, by law, is the official higher education institution specialized in maritime education and training of the Republic of Panama. The university’s scope involves all areas related to the maritime sector, including all aspects of shipping, maritime infrastructure and services, coastal, marine, and environmental protection.

UMIP has developed specialized training programs for the maritime industry, including short courses, bachelor degrees, graduate studies and master’s degrees. The institute has also been involved in research together with national and international organizations, such as Panama Canal Authority, Japan International Cooperation Agency and Central American Superior Council of Universities.

MTCC-Latin America will be located at UMIP. It will use the office space, equipment, IT infrastructure and staff of the University, which is strategically located close to the Port of the city of Panama.