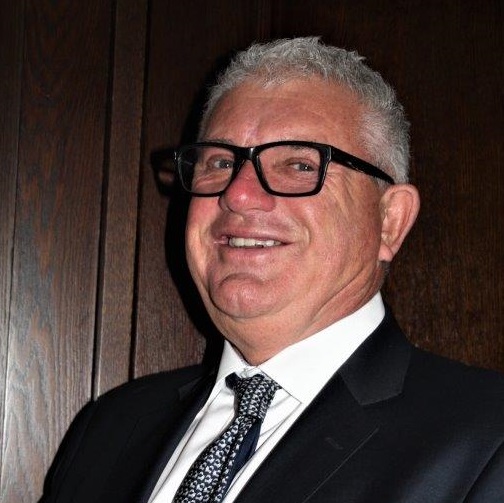 North-western US state Idaho is popular for its fishing, rafting, hunting and other recreations. Suddenly the state has become a beacon for a potentially more lucrative outdoor activity: exploring for cobalt, a mineral for which demand is soaring because it supports the key technologies of electric vehicles and battery energy storage.

One of the few development companies that has access to “pure cobalt” in America has been briefing investors on its assets in Idaho, Utah and Alberta. Scientific Metals Corp, a small company, is thus among those in command of a scarce phenomenon, finding the mineral in pure form, as most cobalt comes out as a by-product of copper or nickel mining.

Canadian-based Scientific Metals (listed on the TSX Venture and Frankfurt exchanges and the US Over-the-Counter market) says that it is “focused on the acquisition and development of high grade cobalt.”

Wayne Tisdale, chief executive of Scientific Metals, has with co-founder Brandon Boddy been taking his company’s story to investors in London, Paris, Zurich, Monaco and New York. They said that they lighted on the Idaho property after “a large-scale search” for a location with quality cobalt assets.

The company’s London presentation fortuitously came a day after the commodity market was boosted by news of a Swiss-based mining sector fund launching a $200m plan to stockpile supplies of physical cobalt, a strategy that also reportedly has been pursued by leading Chinese cobalt buyers.

The Scientific Metals deposit—involving claims spread over 1,800 acres – has the attraction of being scalable and located in the low political risk jurisdiction of the US, the country where its output would be consumed. An official estimate of the resource will need to be gauged according to Canada’s tough reporting rules in the NI 43-101 code.  At this exploration stage, the company refers to a “historic resource” of 1.3m tonnes.

Mr Tisdale is confident that “the project allows us to go to the market and raise money.” He has 40 years of experience in investing, financing and consulting for private and public companies in mining, oil and gas, and agriculture – and runs his own merchant bank.

Mr Tisdale and his team have a record of success with companies including Rainy River Resources (gold, purchased by Newgold) and Xemplar uranium, which hit peak market capitalisations of C$1.2bn and C$1bn respectively, and Ryland Oil Corp, which was purchased by Crescent Point.

Main property held by Scientific Metals is in the mountains of eastern Idaho, 42km from the small community of Salmon, on a 40km mineral trend known as the Idaho Cobalt Belt. Investors are looking for quality projects, he says.

The cobalt price has risen dramatically in the last few months, and Mr Tisdale says it could appreciate further. Critical shortages of the greyish-white magnetic metal are looming. There are five to 10 grams of cobalt in a typical smartphone, and with the electric vehicle battery revolution in full swing, Mr Tisdale and his colleagues estimate that the surge could eclipse most previous mining cycles.

The cobalt market was in supply deficit in 2016 for the first time since 2009, a trend expected to widen, as stricter auto emissions controls encourage the manufacture of electric vehicles in China and elsewhere. This lends an opportunity for companies like Scientific Metals to fill the gap.

Two major funds, Pala Investments of Zug and Shanghai Chaos Investment, one of China’s largest commodities funds, are reported to have bought substantial amounts of physical cobalt in 2016. Pala is said to have bought $75m worth at $10 per lb, making their holding now worth more than $175m. Pala plans to make further big purchases in 2017, so has launched a TSX Venture vehicle called Cobalt 27 Capital Corp to raise $200m to increase its direct holding in the commodity. One of the key figures at Pala, Anthony Milewski, will head the new enterprise.

The Scientific Metals team says this vote of confidence in the value of cobalt bodes well for its home-grown US story in “Donald Trump’s backyard.” It will be one of the few companies able to explore immediately and is about to embark on a drill campaign to update its resource estimate. The work programme is fully financed: it will be paid for by C$2m recently raised.  The company has a market capitalisation of C$37m.

Its Iron Creek property is 28 km from the Idaho Cobalt Project of a company named eCobalt Solutions. TSX Venture-quoted eCobalt says that its project, “remains the only advanced stage, near term, environmentally permitted, primary cobalt deposit in the US.” Another company has an unpermitted project a short distance away.

Iron Creek was discovered in the 1940s as a possible iron ore deposit and later explored for copper.  At that point, cobalt with good grades was discovered but not defined. Scientific Metals has inherited useful data on the mine, and tunnels “in good shape.”

In its company presentation, Scientific Metals says: “Unlike traditional power plants that produce a consistent flow of energy, renewable sources like wind and solar only produce energy when the sun shines or the wind blows. We must store this energy in batteries to use it consistently. The current battery of choice to store all our future energy is the lithium-ion battery, which consists of lithium, cobalt and oxide.” A brittle, hard metal, cobalt has a high melting point and retains strength at high temperature.

Leading supplier of cobalt is the Democratic Republic of Congo, which contains close to half of the world’s known cobalt reserves but presents significant ethical and environmental difficulties. A fifth of its production is attributed to small-scale operations that often rely on child labour to extract minerals by hand, according to an Amnesty International report in 2016.

Tesla of Palo Alto and other electric vehicle companies are looking beyond the central African country to avoid any supply problems. When operating at full capacity, Tesla’s first Gigafactory will require 5,000 to10,000t tonnes of cobalt annually. Ford, Nissan, VW are among those planning substantial electric car production.

The Californian car manufacturer recently announced that it will begin production of home energy storage batteries, which could mean even more demand for cobalt.

This is at a time when low copper and nickel prices had led to the closure of some large mines, cutting off cobalt by=product supplies. More than 10% of cobalt production is said to be offline for this reason.

Total US production in 2015 was only 700 tonnes mined, and 2,500 tonnes from secondary production.

Apple and other companies say that they are increasing scrutiny of their supply chain to eliminate cobalt associated with human rights violations.

Cobalt 27 Capital Corp, meanwhile, is to raise $200m with options to purchase physical cobalt, and has entered into six smelter return royalty agreements on eight exploration-stage properties.  It says that the purchases will represent one of the largest holdings of physical cobalt in a publicly-listed pure-play cobalt company.

The two zones of cobalt mineralisation controlled by Scientific Metals are said to have historic cobalt grades (0.59%) which are greater than other high grade projects in North America.