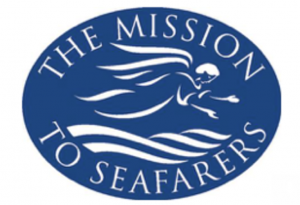 THE MISSION TO SEAFARERS in the UAE (MtS) is refocussing its operations in the region to enhance its justice and welfare team and further combat human rights abuses against seafarers by unscrupulous manning agencies and ship owners.

In the last two years, the Dubai-based team has dealt with 298 vessels which had significant welfare issues involving more than 1,600 seafarers. The number of cases has steadily increased to the extent that the current justice and welfare team can no longer meet the demand for their support, as companies operating within the Gulf and Indian sub-continent face uncertain times.

“In any downturn, it is the seafarers who suffer the most,” says the Revd Dr Paul Burt, MtS regional director for the Gulf & South Asia and senior chaplain in the UAE. “We receive around three new cases each week and know of several ships within our area whose crews are facing exceptionally hard circumstances, and for whom we are currently unable to offer support. By increasing our justice team we will be able to help more seafarers in need – many of whom are often left without salary, food and water for months on end.”

For 55 years, The Mission to Seafarers has provided chaplaincy services across the UAE, focusing on ports in the Northern Emirates of Dubai, Sharjah, Ajman, Ras al Khaimah and Fujairah where for the last ten years the world’s only floating seafarers’ centre has operated. As a result of the changing needs of seafarers, MtS will retire its boat service MV Flying Angel and instead deliver a greater strategic focus on cases of crew mistreatment.

“When The Flying Angel began there was nothing else like it,” says Paul. “Since its creation in 2007, more than 120,000 crewmen and women on over 10,000 ships have benefitted from its on board communications, lounge, library and shop.  However, today with good mobile phone coverage across the anchorage and increasing access to on board Wi-Fi on many of today’s newer vessels, the level of need is no longer as great as it was. Whilst the decision to retire  The Flying Angel has been a difficult one, we are proud of its achievements.”

“It is right that we should focus our work elsewhere within this important maritime hub. Our in-depth justice work is unique to this part of the world,” says Paul. “Many of the vessels in Fujairah are heading to Asia or East Africa where the Mission has a significant presence and a pastoral visit to any vessel in the anchorage which needs it will still be available on request.”

The Flying Angel has received widespread support from businesses and foundations within the UAE and the international maritime community, including the Al Maktoum Foundation. The Mission to Seafarers would like to thank all those who have been involved with the service over the years and a suitable retirement ceremony will be planned in due course.

The current justice team of three full-time chaplains will be enhanced with a fourth operating in Abu Dhabi and the surrounding area, plus a suitably qualified welfare worker who will particularly service the ports of Dubai, Sharjah, Sharjah Hamriyah, Ajman and Ras Al Khaimah. Justice cases range in severity but almost all include an element of non-payment of wages and many involve total abandonment. This justice work is in addition to the 15,000-20,000 seafarers who are visited on their ships each year through routine pastoral visits.

Case study on why we’re reinforcing our land-based operation:
Abandoned for 31 months
In 2013 MtS learned of two Filipino seafarers who were abandoned on an anti-piracy vessel.  The vessel was caught up in a dispute about payment for engineering work carried out on it.  The men had been left to fend for themselves.  Most of the time they had no food or water.

MtS welfare officers supported them with regular deliveries of essential supplies and counselling.  They also worked as their advocates, negotiating with all the disputing parties on their behalf.  Eventually MtS was able to broker a deal where the men were allowed to go home in 2016 with a promise that when the vessel was sold they would get their salary.  Their virtual imprisonment on that vessel had lasted 31 months.

Because they were unable to work or even get off the vessel, their professional certificates had expired.  The Mission to Seafarers paid for the men to retrain and renew their certificates.  As soon as they completed their courses they were able to get work again and their families could start to function normally after three years of poverty and distress.

For The Flying Angel, our grateful thanks for their generosity go to:

Greece: How much relief is actually needed to restore public debt sustainability