Sailors’ Society supporters raise more than US$280,000 for seafarers in need 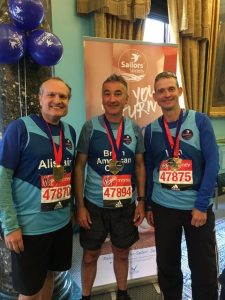 Sailors’ Society supporters came out in force at a variety of challenge events and receptions last week, raising more than $280,000 (US) for the maritime charity’s work supporting seafarers and their families around the world.

The week got off to a great start with 23 valiant supporters joining Team Sailors’ Society to pound the streets in this year’s London Marathon. Runners came from a range of industry organisations, including American P&I Club, Bunge, InterCargo, Reed Smith Richards Butler and VShips.

The team has so far raised more than $31,000 (US) towards Sailors’ Society’s work, with time still left to donate at www.justgiving.com/sailorssociety

Not to be outdone, 23 teams of three from across the industry took on the might of Vietnam’s Mount Fansipan, scaling a 3,143 metres high trek and raising more than $250,000 (US) to date. 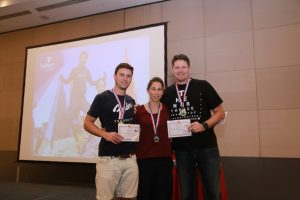 The week’s activities culminated in a rather more sedate affair, with more than 250 industry guests gathering at the ABS sponsored Sailors’ Society Singapore Drinks Reception. Held at the elegant Singapore Cricket Club, guests celebrated the week’s achievements, raised further funds through a raffle and heard Sailors’ Society’s plans in the lead up to the charity’s 200th anniversary.

Adam Stacey, Sailors’ Society’s director of development, said; “As ever, Sailors’ Society is extremely grateful for the support we receive from the shipping industry. It enabled us to reach out to more than 350,000 seafarers and their families last year, bringing hope and help in times of need, and these latest efforts will mean we can offer further support to the world’s seafarers.” 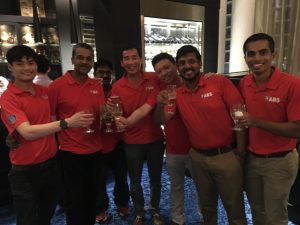 Upcoming Sailors’ Society events include the 80 metre high ArcelorMittal abseil in London, the adrenaline fuelled Special Forces Challenge in the UK’s Lake District and the RideLondon cycle, so there is something for everyone.

If you are interested in taking on a challenge in aid of Sailors’ Society’s events, visit: https://www.sailors-society.org/get-involved/events/