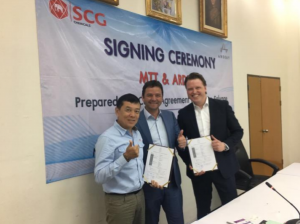 Ardent and MTT’s preparedness agreement is specifically structured to mitigate risk by pre-staging response elements, training Thai-based terminal operators to work with emergency management elements, and is the first of its kind in Thailand.

MTT was established in 1995, is located on the East side of Map Ta Phut Port, Rayong province, Thailand. The company is owned and operated by Map Ta Phut Tank Terminal Company Limited as one of SCG subsidiaries. 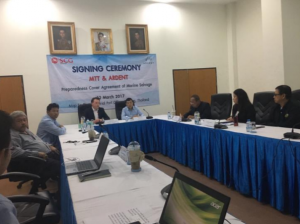 “Ardent has been the front-runner for emergency preparedness services to the maritime industry years, and emergencies can happen in any corner of the world,” said Oliver Timofei, Ardent’s Director Emergency Management, “a busy terminal is a good thing, we intend to work with the MTT to decreasing response times and mitigate potential issues that could affect the efficiency of the terminal,” Timofei added.

The Siam Concrete Group (SCG) was established in 1913 under a decree of His Majesty King Rama VI of Thailand to produce cement for Thai infrastructure projects. SCG now operates as SCG CementBuilding Materials, SCG Chemicals, and SCG Packaging.