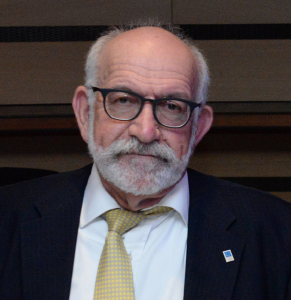 The BDI (Baltic Dry Index) ended the day at 957 points, that’s down three, thanks to the volatile  Capers which where strengthened with 48 plus points and the BCI 2014 is now standing at 1,638 points; Geopolitics take more than ten twists and turns… John Faraclas’ daily recap:

The Panamaxes though continued their fall with the BPI losing 31 points and now stands at  894 – a figure which breaks the 900 point threshold… Caution!

The Supras’ BSI lost seven points and now stands at 764.., and

The Handies’ BHSI was down one at 504 points.

So all in all a downwards dry market with the usual “culprits…” that is to say the Capers… Again we pose the question: Can one size determine the Market? How valuations affect the ship sales and purchase front?

Nothing spectacular happened in the Container trade yet; we shall see… as many though feel comfortable and enthusiastic via the media to prove that something positive is moving upwards or at best safe… Alike tramp shipping, which tends to become shipping for the very very very few, I guess the same would apply mainly for the Liner trade and in particular the boxships! Ultra-caution should be observed….

The Markets overnight 17 to 18/5 where down with president Trump’s turmoil; a very delicate situation and many expect a spectacular outcome in the president’s multi affairs with many issues to tackle, not just the Russians…

On the Geopolitical front now:  the MIGRANTS issue still dominates the news; 2,500 where rescued in Italy – Sicily today to avoid “issues” with the G7 !!! In Greece too things with MIGRANTS can go off hand.

The Wars in Syria and Iraq continue… and become more perplexed in all fronts… Let’s see when and how ISIS will be completely destroyed!!!

Turkey plays with fire, as numerous times have said, in all fronts; Turks demand/want the USA envoy to leave sighting collusion with the Kurds… Meantime today the Turks violated 76 (seventy-six) times Greece’s airspace – nearly all over the Aegean Sea and there were also three “simulated” dog-fighting incidents. CAUTION as things might go wrong and the Greeks will NOT accept any excuse whatsoever from NATO, the EU and others in the region… if they react “otherwise”…  Enough is enough… Within Turkey the state of emergency continues…

Greece enters its worse ever period and unless the current coalition –  which rules the country, make something real positive, things might get explosive… All 300 MP’s are responsible together with their predecessors over the last 40 (forty) years together with their European accomplishes for the current despicable situation strangulating the Greek public… Shame! A few minutes ago the Greek parliament voted 153 YES for adopted the new measures of austerity, more taxes, reduction of pensions and many more despicable and inhumane measures, so Europe releases the next instalment of its multi-billion-dollar bailout. There were clashes outside the Greek parliament between a small group from the 10,000 demonstrators who threw petrol bombs to police officers. Another shameful act! Will eagerly await the 22nd of May to see what happens…Wee also await to see when the QE will happen…

On another note it was good to see the American ambassador Geoffrey R. Pyatt and his wife Mary visiting Chios – the 5th largest Greek island in centre-eastern Aegean – he met the mayor Manolis Vournous and locals after visiting many places of international interest. Many of those who he asked – particularly students in the University of the Aegean at the faculty of Business and Shipping, have relatives in the USA – four generations!!! He was also briefed on the MIGRANTS saga and praised the islanders there for their understanding. He sighted Maritime Tourism having a great positive effect on the island with one cruise vessel from USA’s Princess Cruises being docked at the island’s main port. He also encourages investments and in general all over Greece. The warm welcome of the people of Chios was unique and overall the links between the Chians, Greeks and the Americans are second to none. The Masticha Museum also attracted his interest as well as the medieval villages of Mesta and Pyrgi. Worth mentioning that the Ambassador covered all issues on the island in a special report including the devastating fires and the relationship via tourism of Chians and the Turks from the opposite side of the Aegean. We sincerely hope that president Erdogan gets the message for Peace in the region and abandon the unnecessary tension with his jets and warships violating Greece’s and Europe’s territory.

BREXIT proceeds further and Mrs. May is heading for an easy win and possibly an overwhelming majority in the forthcoming June elections!!!

In France Macron tries with Philippe his best;  drawning people and ministers from left, centre and the right sends the message to all; the end result for ailing France counts. And we mention ailing France, as our recent end of March trip taught and revealed to us a lot about the actual financial and social situation there… the Cannes Festival – 70th Anniversary might will become a good PR of the new French president!

At the other side of the Atlantic now: what a strange accident that was in New York’s Times Square? One dead and two dozen injured; the motive? Pity!

In South America’s most powerful nation, Brazil, there is a lot going on just now with president Michel Temer who won’t quit over bribe claims… We shall see tomorrow what happens…

Despite UN sanctions imposed to North Korea, Russia opens up a ferry / passenger service in the Feast port of Vladivostok with Rajin in the North Korean’s northern region. 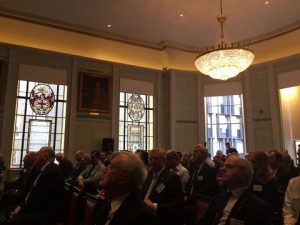 The second day of The Nautical Institute’s Command Seminar on “Navigation Accidents and their Causes” as well as its AGM 2017, ended today at the historic building at the heart of the Square Mile, that is Trinity House, and was on all counts a great success. An event that MUST be repeated!!!! 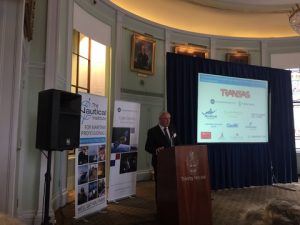 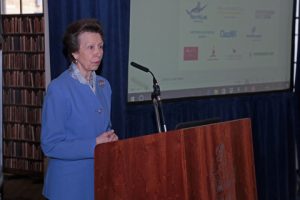 The keynote address by HRH The Princess Royal was very touching and special covering all relevant aspects of the theme and the shipping industry! She spoke by heart and she was very emphatic on many issues. Excellent! 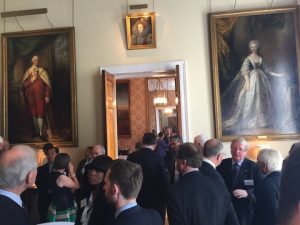 Intense networking and exchange of views during coffee break

Interesting presentations by the president of the NI Capt Duke Snider who also recapitulated the event, Capt Sarabjit Butalia a shipmaster and trainer on “Mentoring”, Joanne Stokes from Lloyd’s Register on “Human performance and limitations”, Dr. Nippin Anand from DNV GL on “Managing Risk”, and Captain Niels Vanlaer from EXMAR on “Owner’s perspective: behavioural safety as a prerequisite for optimal performance“. 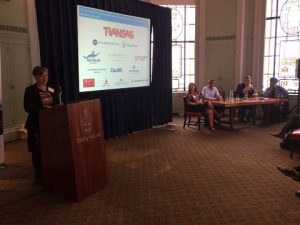 Jillian Carson-Jackson at the podium introducing the panel of the debate – a great interaction!

A  great debate followed which was  successfully moderated by the NI’s Vice-president Jillian Carson-Jackson with more than eleven questions and five statements/points by members of the audience, made the event more than memorable! We will soon revert with the full account on both days. In the early evening hours a gala dinner took place bringing the end of this more than important and successful event. One important aspect was the participation of a number of cadets as well as students from Universities within the United Kingdom; all of them asked questions and participated in four networking sessions – during tea, coffee, and receptions!!! 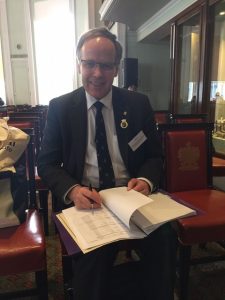 We recommend same takes place in other international shipping centres/countries, such as Brazil, China, Germany, Greece, India, Japan the USA, Russia, Scandinavia, Singapore to name a few… We already mention this in the second paragraph of this event’s coverage!

That’s all for tonight and we insist all our viewers and the entire world to be on guard for any eventuality from Pirates and Terrorists world-wide wherever you are.