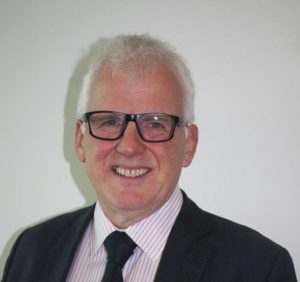 Willum Richards, the new chairman of the Association of Average Adjusters, has set out his aim to build on the work of his predecessor, Keith Martin, in advancing the Association internationally.  Along with the management committee, Mr Richards will also be steering the Association through some organisational changes required by the success achieved in expanding the scope of, and interest in, the Association’s highly-regarded examinations.

Mr Richards was confirmed as chairman for 2017-18 at the Association’s annual meeting, which took place at the London offices of law firm Clyde & Co, on May 11, 2017.  Mr Richards said that “it is a sign of the international development of the Association over the past years, with more and more Fellows, Senior Associates and Associates based outside the UK, that it has been deemed the time is right to appoint a non-UK based chairman.  The fact that the first such chairman is based in New Zealand, about as far away as one can get from the UK, is a credit to the Association and the technology which allows for remote participation in meetings.”

Mr Richards has spent most of his career outside the UK – in India, the US, Singapore, Hong Kong and now New Zealand where he runs the average adjusting and insurance claims consulting company Willum Richards Consulting Ltd. He said: “My involvement in the marine insurance industries in different markets as well as over 10 years working within insurance companies in Asia and Australasia, gives me a unique perspective on the international value and regard afforded to average adjusters and the importance of the qualifications they bring to the table.”

Average adjusters are experts in insurance and maritime law, who may be appointed by any party in a marine or energy claim, and are obliged by the terms of their profession to act in an impartial and independent manner. The Association’s rigorous examinations are a keystone in the career path not only of average adjusters but of men and women involved in other aspects of marine and offshore energy insurance.

Mr Richards is looking forward to assisting the Association as it grows with the addition this year of the new A3 module and examination.  “The A3 module was the brainchild of my predecessor, Keith Martin (who is UK energy claims advocacy leader for the Marsh broking group), and looks to provide practitioners in the offshore industry an alternative to the marine A2 module with questions and situations tailored to the issues which more commonly arise in their field.  Candidates can now achieve an Associateship qualification with the A1 module and either the A2 (marine) or A3 (offshore) module.  The first A3 examinations are expected to take place during the October 2017 exam sitting.”

Both routes would lead to an Associateship, but the change would be an excellent way for practitioners in the offshore sector to aim for the greatly-valued qualification, said Mr Richards.

Mr Richards commented: “With the increasing membership of the Association and their varied professional interests, the challenge is to keep the Association relevant for more than simply its examinations. We have some 565 men and women from 45 countries who are variously Fellows, Associates, Subscribers, Representatives and Affiliates and their requirements from the Association need to be a priority.