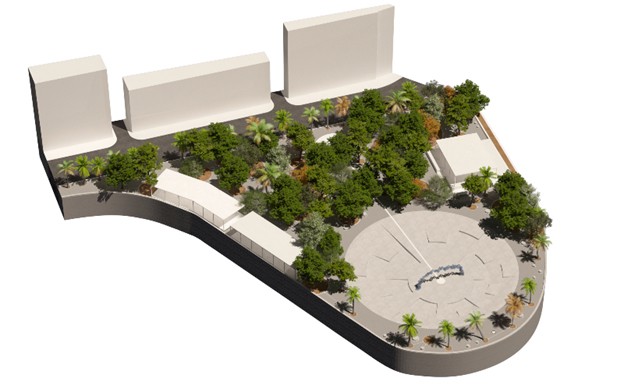 Unveiling of the Monument to the Genocide of the Greeks of Pontus will take place on Sunday, May 21 in Piraeus

The genocide of the Greeks of Pontus is a lesser known atrocity carried out by the ‘Young Turk’ Government between 1914 and 1926. It was committed alongside the Armenian and Assyrian genocides, which cost the life of millions of people overall.  An estimated 353,000 Greeks perished as a result of the genocide.

A new monument to commemorate the tragedy and to pay tribute to those who lost their lives will be unveiled for the first time on Sunday, May 21, 2017 at 11:30 am, in the city of Piraeus.

The ceremony will take place in the reconstructed Alexandra Square as part of the wider Memorial events organized by the Attica Region and the Pan-Pontian Federation of Greece to mark the Day of the Genocide.

The event is of great significance for two reasons. For the first time in its history, Piraeus, the largest port in Greece and one of the largest in the Mediterranean, will be the focal point of the annual Memorial events. It will also be special for Piraeus because the ceremony will be held at the rebuilt and highly impressive Alexandra square in Pasalimani.

Both the construction of the monument and the refurbishment of Alexandra square have been funded thanks to a donation from the Chairman of Capital Maritime & Trading Corp, President of Olympiakos FC and the first city councilor, Evangelos Marinakis.

The construction of the monument and rebuilding of the Square represent a further milestone in the project of changing the cityscape of Piraeus, which was launched in 2015 under the current Municipal Authority, led by Mayor Yannis Moralis. The mayor will commend Evangelos Marinakis at the ceremony for his general contribution to the city’s civic life by handing him an honorary plaque.

The emblematic monument is the work of the artist Panayiotis Tanimandides, entitled  “Pyrrhic Flight” and is a twofold modern work with many readings, which is permeated by 17 sculptural compositions describing the struggle of the refugees of Pontus.

As part of the ceremony, Archbishop Seraphim of Piraeus will deliver a memorial service for the victims of the genocide after the arrival of a liturgical procession of the sacred icon of the Virgin Mary of Sumela which, according to tradition, was iconographed by Luke the Evangelist and is a symbol of Pontiac Hellenism.  The icon has been on display in Piraeus since May 15 at the Holy Temple of St. Constantine and has already been visited by hundreds of worshippers.

Yannis M. Moralis, Mayor of Piraeus said: “This year in Piraeus we honor the Genocide of the Greeks of Pontus in a way that is fitting for the memory of the 353,000 Greeks who perished. It is a special moment for our city and Pontian Hellenism to build the Monument to the Genocide of the Greeks of the Pontus at Alexandra Square, a monument that was missing from Piraeus. Piraeus has always been a town associated with refugees and has hosted thousands of uprooted people. I would like to express my sincere thanks to the President of Olympiakos FC and the Municipal Councilor of Piraeus Mr. Evangelos Marinakis, whose great generosity has made possible the creation of the Monument and the reconstruction of one of the most central squares of our city.”

The President of the Pan-pontian Federation of Greece, Mr. Christos-Dimitris Topalidis, said: “The Genocide of Pontic Greeks, a horrible crime that cost the life of 353,000 innocent people, was part of a wider Satanic plan that ravaged the moral minds of the Young Turks and later the Turkish nationalists of Mustafa Kemal against all the Christian peoples of the East, the Greeks of Pontus and Asia Minor, Armenians and Assyrians, in order to racially homogenize Asia Minor and to forge a new Turkish state according to the vision of pan-Turkism. The survivors, uprooted from their land, Asia Minor, where a 3,000-year presence is recorded, ended up in their motherland through the big harbors. In one of them, in the largest port of the country, one hundred years later, a request by the organized Pontian associations and all Pontian Greeks is satisfied. The construction of a magnificent monument, the largest in Greece, as a minimum honor to the sacrifice of the 353,000 victims of the genocide and the hundreds of thousands of survivors of our uprooted ancestors must be a guide and example, in the face of both the Municipality of Piraeus and the Mayor Mr Moralis, as well as the donor Mr. Marinakis, to whom we express our deep gratitude, to find imitators. Because the issue of Genocide is not only about Greeks of Pontic origin but about all mankind. ”

Mr. Panagiotis Tanimandides, the artist who created the Monument, commented: “Here in Piraeus, on the first soil, the first sea touched by the hunted refugees of the Pontus, here alongside the ancient walls of Piraeus we stand with this work” Pyrrhic Flight ” An intangible memory wall for the 353,000 souls lost. Externally the work is a huge wave, and from within a flight of a refugee who begins his persecuted journey and carries the pieces of his life and his faith…”