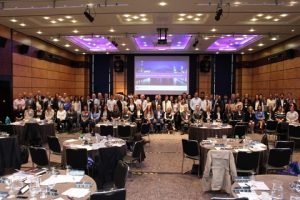 130 delegates from across the world gathered in London for the 11th annual Maritime HR conference from Spinnaker Global. Described by delegates as a ‘well organised and engaging event’, with ‘great speakers and great sessions’, in fact, many called it ‘the best yet’!

The sessions were varied, including maritime economics, mental health in the workplace, HR strategies, gender diversity and Brexit, but the prevailing theme was: the maritime industry needs to prepare for a future workforce.
Sessions noted that a whole generation of shipping professionals will be soon leaving the industry. The supply/demand staffing issues in maritime are nothing new, however the forward planning and skills focus are becoming common themes.

Tom Hadley of the Recruitment and Employment Confederation touched on Brexit and the UK General Election.  Hadley emphasised the need to be proactive when hiring people and stressed that whilst Big Data can be extremely useful, stories are more powerful – “your companies are made up of people, not numbers”. 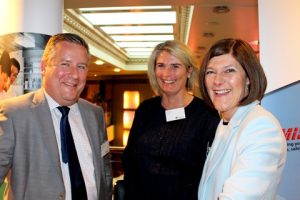 Heidi Watson from Clyde and Co discussed the issues around mental health and wellbeing in the workplace.  Work styles have changed. Do you ever switch off? There is a huge stigma around mental health which has to change: create an open culture of disclosure – sea and shore. Your staff will thank you for it.

A CEO panel featuring Paddy Rodgers, Euronav, Jeremy Grose, Charles Taylor, and Michael Elwert, Elektrans chaired by TradeWinds’ Julian Bray also talked about ‘change’ in the maritime industry and how we can learn from the experience and the mistakes as the generations move on.  They discussed the important point: you want the next generation of leaders to be as well-equipped as possible. And how do we do that? Training. Upskilling talent. Recognising those shining stars to encourage them into the boardroom. To give it a maritime slant, it was raised that the word ‘Captain’ doesn’t necessarily mean a good leader, but when it does, they’re like “gold dust”. The CEO panel also highlighted that the best managers understand their own weaknesses, where their skills lack, and build great teams around them to support those areas.

The issues of Diversity & Inclusion were covered by Jacey Graham of Brook Graham, who pointed out that only 8% of executives in shipping are women, compared with 65% in administrative roles. Graham said she’s been in the diversity and inclusion industry for 20 years and “we really should have cracked it by now” However, how to change? Support women while you fix your culture: be self-aware (echoing the previous point about managers spotting their weaknesses), don’t lapse into unconscious bias, and don’t erode the confidence of women in your teams so performance suffers. The strong message was to create a level the playing field for everyone. The next generation might not see gender like previous generations have, and that might mean we’ll see progress in equality. It’s a hopeful thought.

To conclude, the conference delegates noted that shipping has a resistance to HR strategy. Why….?  It’s simply a methodology for moving forward your company’s core values, and visions. It should support the business strategy. Whether it’s diversity, or your mental health policy, or your leadership training, what your company puts across to its staff is a tool to both retain talent, and attract talent. And given the need for a new workforce with a different working style to the CEO’s generation, communicating that is of more relevance than it’s ever been.

Catch up with what happened at the Maritime HR conference by looking for the hashtag #MaritimeHR on Twitter.

Thuraya Showcases Aero and WE at CommunicAsia 2017