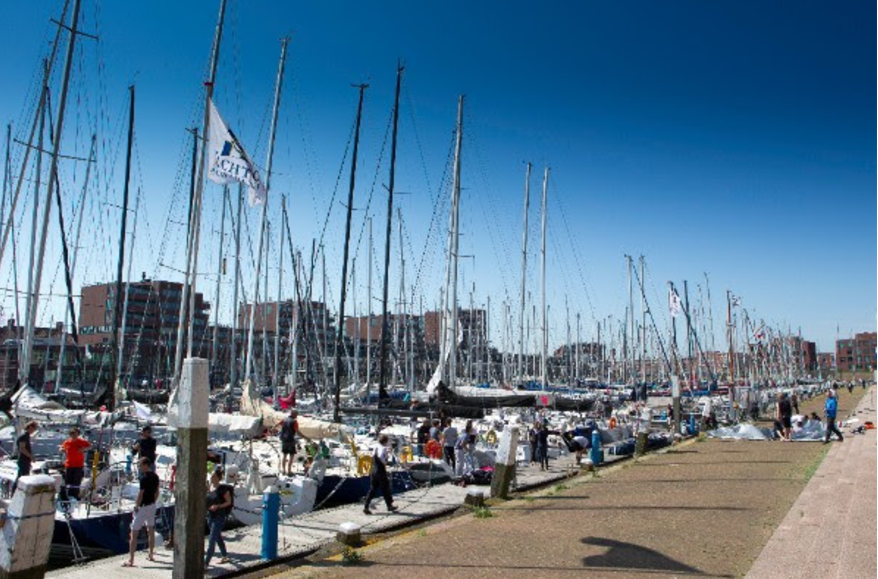 On Saturday 27 May the North Sea Regatta Week 2017 kicks off with the Vuurschepen Race from Scheveningen to Harwich! On the start line we’ll see 64 yachts of which 38 yachts are fully crewed and 16 teams are participating in the TwoHanded class. For the first time Olympic Finn sailor Nicholas Heiner teams up with his dad Roy Heiner to compete in the 110 NM offshore race shorthanded. In both IRC and ORC we see a lot of familiar faces. One of them is triple Volvo Ocean Race sailor Gerd-Jan Poortman with his new Rotterdam Offshore Sailing Team as they sail their fist offshore race on their Kerr 46.

After having enjoyed a rest day in Harwich the RORC North Sea Race starts on Tuesday 30 May. The two offshore races will be followed by three days of inshore racing along the Dutch North Sea coast, starting Friday 2 June. During the North Sea Regatta Week the J22 World Championships 2017 will also be held in Scheveningen. After seven years the Worlds are back for some serious racing in The Netherlands from 1 – 4 June. It will be a full week of racing and social activities, including drinks and party nights.

Offshore racing for full crew and short handed
Team ROST (Rotterdam Offshore Sailing Team) sails her first offshore race with their full carbon Ker 46. The team is led by triple Volvo Ocean Race sailor Gerd-Jan Poortman. Team Rost: “Our goal along the way is to train 15 young sailing talents between 17 and 30 years old from the Royal Maas Yacht Club and other Rotterdam Yacht Club’s. The Rotterdam Offshore Sailing Team (ROST) competes in various international races, such as the Fastnet Race, Vuurschepen Race, the North Sea Race and the Offshore World Championship 2018.” A short interview with Gerd-Jan Poortman, who was also announced to be the ambassador for the Volvo Ocean Race Finish in The Hague last week, can be found on our website.