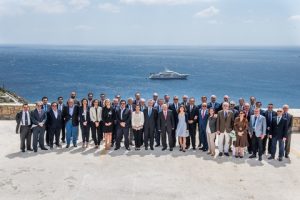 An… aerial view of the participants* 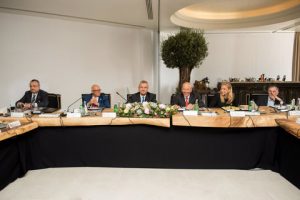 This year the Committee took place in the beautiful surroundings of the island of Mykonos.

Following the welcome and adoption of the agenda by the Committee’s Chairman, Mr. George Procopiou, a distinguished colleague of shipping, Mr. Polys Hajioannou, CEO of Safe Bulkers, Inc., was introduced as new member. 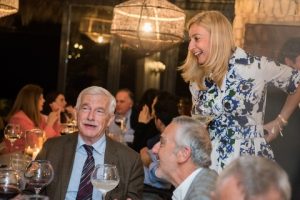 Mr. Philippe Donche-Gay opened the round of presentations with a critical review on the Bureau Veritas Group’s Corporate & Marine Activities & Results for 2016. Mr. Donche-Gay pointed out the continuous growth of Bureau Veritas Marine & Offshore Division during the past twenty (20) years that the Committee has been taking place.

Subsequently, Mr. Jean- François Segretain made a presentation on the review of Bureau Veritas technology and capabilities, resulting to an interesting exchange of views. 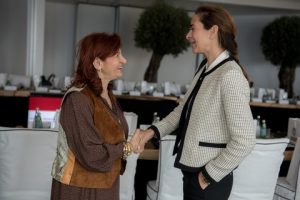 Mr. Stephen Tierney in his turn presented an overview of TMC capabilities and analyzed the project of SEWOL, a Korean Ro-Ro passenger vessel which tragically capsized and sank on April 2014 near the southern city of Mokpo; TMC Marine was instructed as technical consultants for the wreck removal of SEWOL. 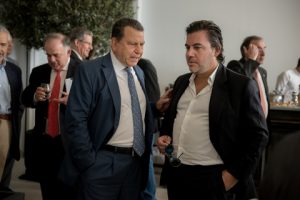 The presentation by Dr. John Kokarakis focused on the implications of the global cap of 0.1% fuel sulphur content to be burnt world-wide by ships after January 1st 2020. It examined ways to comply along with the techno-economic issues associated with each option, namely burning distillate fuels, other alternate fuels such as LNG or methanol, or utilizing exhaust gas cleaning systems. 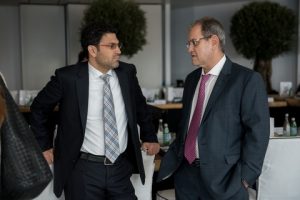 Mrs. Helen Polychronopoulou, Executive Vice President of EPE S.A. & President of HEMEXPO board, made a presentation on the services & products of the Hellenic Marine Equipment Manufacturers & Exporters.

The presentation of Mr. Claude Maillot focused on the current situation of the Asian Shipyards presenting also figures regarding the current order book in China, Korea & Japan. 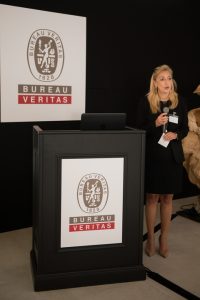 The meeting was concluded with the traditional heated discussion between the members on topics of evolving interest, and the social time during the lunch at the beautiful resort.

During the Committee meeting the members’ spouses had the opportunity to participate in a very interesting walking tour at Mykonos town, visiting also the Folklore & Archaeological Museums.- 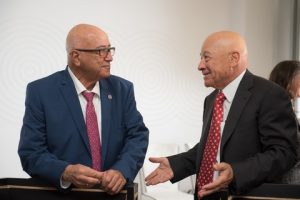 DNV GL Award for Young Professionals: Green Engineering for the Future of Shipping