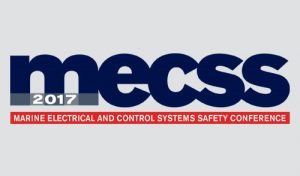 The University of Strathclyde’s Power Networks Demonstration Centre (PNDC) is scheduled to play an important role for delegates at the third Marine Electrical and Control Systems Safety Conference (MECSS 2017) being held in Glasgow onWednesday 22 and Thursday 23 November, as it will host an Industrial Visit on Tuesday 21 November as a highly relevant precursor to the two-day conference.

Organised by FIGS Events Limited on behalf of the Institute of Marine Engineering, Science and Technology (IMarEST) MECSS 2017 is being held at the University of Strathclyde’s Technology & Innovation Centre (TIC) in Glasgow. SAFETY4SEA and GREEN4SEA are among the event’s supporters.

“Visiting the PNDC will provide our delegates with an interesting foretaste of what lies ahead for them at MECSS 2017,” explains MECSS 2017’s Chairman Kevin Daffey, Director Engineering & Technology, Marine at Rolls-Royce. “It is a venture founded by government, industrial and academic partners with the aim of accelerating the adoption of innovative research and technologies from early stage research into ‘business as usual’ adoption by the wider electricity industry including the maritime sector.”

“This far-ranging facility’s aims and R&D work tie in with the aim of MECSS – to rise to the challenge of the industry’s fundamental responsibility of making people at sea safer.  As technical innovations get introduced into the marine industry, MECSS focuses on both the technologies and the human/system aspect of the technologies – and this is just the sort of work that is undertaken at the PNDC.

“We will shortly be launching the full conference programme, but we are eager to let prospective delegates know of this Industrial Visit starting late morning on Tuesday 21 November to ensure they book their travel and accommodation accordingly.”

As Dr Campbell Booth, Reader at the University of Strathclyde and a member of the Technical Advisory Committee explains: “The University’s electrical power systems academic team act as the basis for focussed and applied research that aims to engage with high value technology and systems requirements as defined by the industry partners. This unique facility enables highly realistic and accelerated technology testing alongside a rich portfolio of research programmes including state of the art Power Hardware in the Loop capabilities for real time simulation testing of marine power systems at the MW scale.”