Top Posts
Don’t take chances where your health is concerned…
What a week that was: Falling Markets, Warring...
New Hapag-Lloyd East Africa service arriving in Kenya...
American Club member Alert (May 14, 2021) –...
Hot Port News from GAC
Alternative events for Paris 2024 approved by World...
Daphne Technology seeks financing through crowdfunding platform
PRIME’S DAILY MARKET REPORT MAY 14, 2021
GLOBAL & REGIONAL DAILY (Friday 14 May, 2021)
Seaboard Energy has chosen Topsoe’s HydroFlex™ technology to...
Inflation surges in the US, but ECB may...
Home HRArt and auctions Memories from the Market…
Art and auctionsEventsExhibitionsPaintings and Sculpture

Memories from the Market… 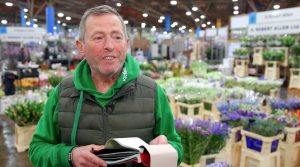 Memories of the Market: old and New Covent Garden

Let me take you down, ’cause I’m going to Strawberry Fields, sang the Beatles.  Unlike the dreamy haze in the Lennon-McCartney song from the psychedelic rock era, everything was real in a 40-minute collection of short films, archive and documentaries screened to celebrate the history of Covent Garden Market as part of London Festival of Architecture 2017.

Architecture enters the picture because of the demands stemming from the relocation of the huge market a kilometre or so up the road as part of the regeneration of the 57-acre (230,671 sq m) New Covent Garden Market area in Nine Elms, just to the south of Father Thames. 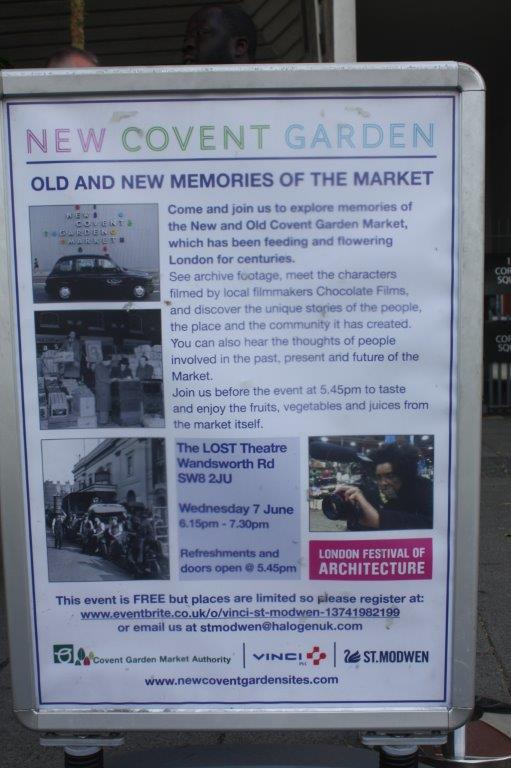 Announcement for Memories of the Market.

Strawberry Fields and other tasty strains (and market fruit and fruity drinks) were served as a theatre curtain-raiser to Memories of the Market with its footage covering more than four decades of New Covent Garden.

Market traders, community activists, representatives of the arts, and architects involved in past and present Covent Garden designs were among those invited to the one-night-only screening and panel discussion on June 7 at LOST Theatre, in Wandsworth Road on the edge of the regeneration area.

Under way is a transformation to create “an ultra-modern, exciting destination in central London, offering 20,000 new homes, 25,000 new jobs, new schools, parks, culture and the arts.” A 10-year scheme, the largest in the Nine Elms regeneration area, is to include more than 500,000 sq ft (46,452 sq m) of facilities to re-house the 200 market businesses employing around 2,500 people.

New Covent Garden Market is one of three big elements on the site, the other two being a redeveloped Battersea Power Station and the new United States Embassy. A £1bn transport improvement is promised to make Nine Elms as well-connected as the rest of Central London, by means of two new Northern line tube stations. 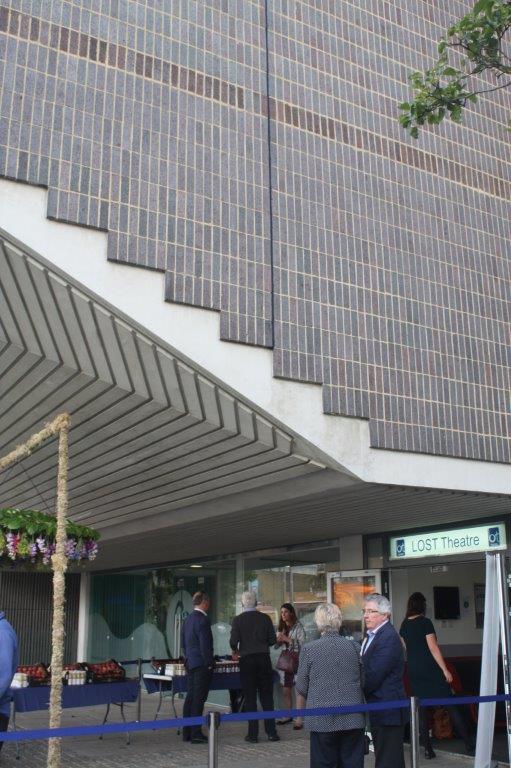 The film project was backed by VINCI St. Modwen, a joint venture between London-listed St. Modwen Properties plc and VINCI plc, and its partner the Covent Garden Market Authority. St.Modwen, a FTSE 250 company, claims to be the UK’s leading regeneration specialist.

Expansion of international trade has been the fundamental driver of the market’s move from its original West End site, to Wandsworth Road south of the river, and now to the nearby new premises. When the flower market was transferred in 1974, about 85% of the goods handled were grown in the UK, and possibly 60% of fruit and veg. Today some 88% of flowers originates overseas, and 70% of fresh produce, creating logistical demands to accommodate the huge trucks bringing in goods. The market handles 40% of the capital’s fresh fruit and vegetables and 70% of florist products.

One architect said that essentially “what we are doing is developing a huge industrial wasteland” and a community leader urged those concerned to appreciate the importance of the planned link to near-3km of Thames river frontage for leisure activity. 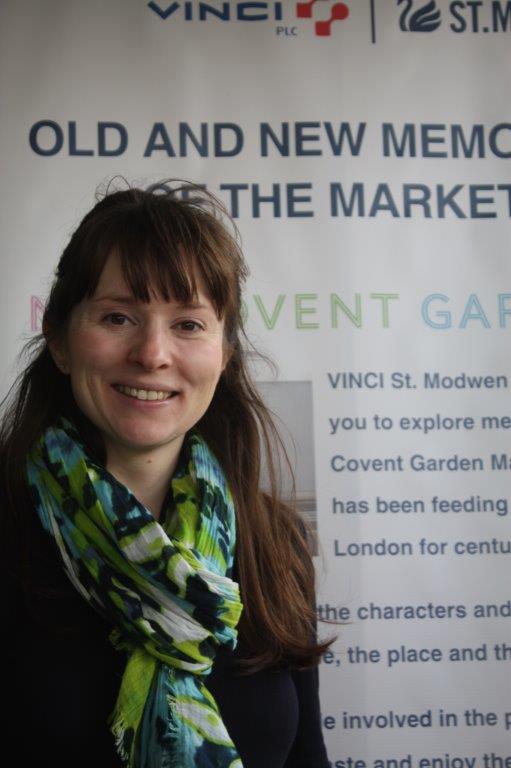 Guests at the film evening entered the theatre under floral archways and via a stairway decked with vegetables and greenery, and with framed drawings by artist Venetia Norris, to view 10 archive and documentary shorts narrating how the market is shaping up for the future.

The story of the market is taken up from the 1970s (it owes its name to a 16th century monk’s  or convent vegetable garden, on the site of which a market later grew and was granted a royal charter by Charles II in 1670).

Practised modern-day hands such as fruit and veg wholesaler Damien Fowler, flower traders Dennis Edwards and Trevor Clackett, and florist Nicky Doodson and their clients shared with viewers their insights, emotions and challenges as they awaited their various moving days, and the flower market was “re-potted” in the first large-scale switch to a new hall.

Hardy market people shed tears on leaving what had been their place of work for years, but beamed with joy as they set up stall in their light and airy new home. One tenant exclaimed: “This is like being in Paris!” presumably a reference to the rebuilt, bustling Les Halles market and mall. “The old market was quite dark and dingy and did not really show the flowers off to their best,” said a seasoned occupant. 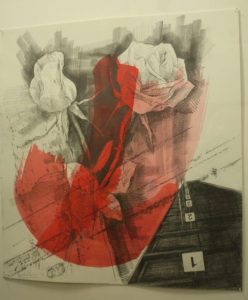 Colourful and Vibrant. By Venetia Norris.

Damien Fowler said that although some businesses had fallen by the wayside over the years, there had been renewed impetus from “the explosion in [the number of] restaurants in London, and people cooking more experimentally.” Freelance photographer Clive Boursnell, who has “captured the spirit of the market, as well as the changes and developments” over 40 years, said he was long fascinated by “the interaction between produce, money and people.” He advised new generations of photographers “whatever you think is ordinary, ‘shoot’ it because tomorrow it will be gone and become iconic.”

Venetia Norris, an accomplished illustrator who lives in the neighbourhood, enthused over the profusion of flowers and distinctive structure of the market, and was shown on film creating a series of drawings incorporating rubbings of architectural features. The titles of these works, such as Colourful and Vibrant (which includes a drawing of the market clocktower) and Seasonal Colours were inspired she said by the cheerful conversations she would have with market people. “Drawing is similar to language,” said Venetia, in that it allows people to ‘read’ your drawings. 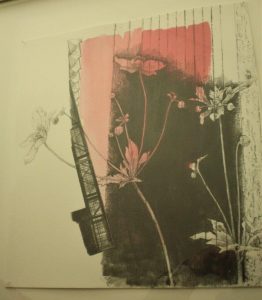 Oh So Pretty. By Venetia Norris.

The foray into the physicality, flavour and life force of the market was collated and shot by Chocolate Films, an independent video production company based in the locality, which has become filmmaker in residence at New Covent Garden Market.  The company plans to follow the story of traders and the development of the market over the next decade.

In an introduction, director and editor Reece Lipman of Chocolate Films cited the horrific terrorist events of just a few days earlier which caused mayhem in and around another popular London attraction, Borough Market. He said: “It is important to remember what makes our cities so strong, unique and diverse.” 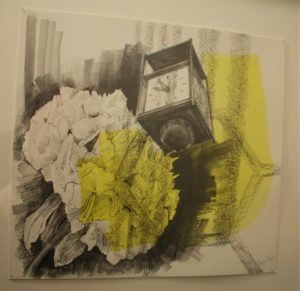 Seasonal Colours. By Venetia Norris. All works graphite and paint on board.

The venue, LOST Theatre, a few metres from the market, began life in 1979 as the theatre club of the London Oratory School, taking the school’s initials for its name. It grew in popularity so quickly that in 1982 a new home was found on Fulham Broadway, where it was based for 17 years and gave many actors, directors and writers their start including Ralph Fiennes, Mackenzie Crook and Dennis Kelly. Redevelopment at Fulham forced it to look elsewhere, and for 10 years LOST borrowed space in other theatres, moving into its present home early in 2010. 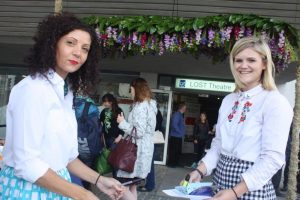 At reception desk for Memories of the Market.

Drama at the death as World Cup Series Final concludes