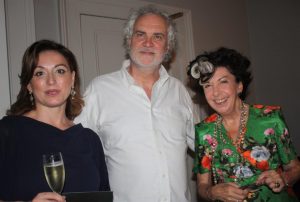 Calabria, the rugged peninsula forming the “toe” of southern Italy, is Latin with a Greek soul.

The region has always been a meeting ground for Greek and Latin cultures, especially from the theological point of view.

This fascinating conjunction was in all its drama finely illustrated at a meeting in London of the group Accademia Italiana, which featured the showing of a new documentary film, God Blessed Calabria. 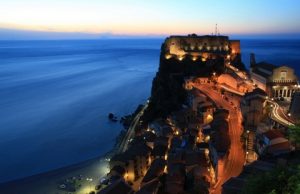 Concentrating on the Byzantine era and its legacy, the film – which has Italian and English language versions – aims to overcome stereotypes of the Italian south, by setting the story of the region in its grand historical perspective.

The presentation was timely, for the travelogue will be a main feature of the summer festival of the regional capital, Catanzaro, and comes ahead of new opportunities for British tourists to participate in cultural tours.

It will be a lodestar for a deeper understanding of the genesis of modern Italy, and shown throughout that nation. On hand to meet members of an audience who included diplomats, Italophiles and writers were Dr Antonietta Santacroce and the film director Erminio Pedrocco. Dr Santacroce is artistic director of Teatro Politeama in Catanzaro, and of the city’s autumn festival. Among her other talents are pianist and harpsichordist.

She has been involved with the festival for 15 years, and in recognition of her contribution, was honoured in the Stelle del Sud 2016 awards. 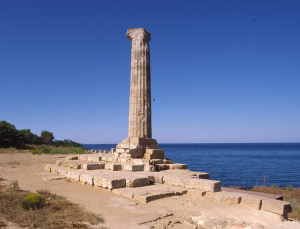 Dr Santacroce said that the importance of the documentary was in enabling Calabria to build on awareness of the period of Magna Grecia, the name given by the Romans to a large part of southern Italy including Calabria and Sicily that was extensively settled by Greeks; Those who began arriving in the 8th century BC brought with them their Hellenic civilisation, which was to leave a lasting imprint on Italy, such as in the society of ancient Rome.

During centuries of turbulence, many monasteries were destroyed, but can still be visited. There is a whole series of Latin monasteries built on top of Greek monasteries, “as if to suffocate them,” relates the film commentary.

Mr Pedrocco said many Calabrians did not know the history of their region, and underlined how Greek culture for 1,000 years was the ‘high culture.’ 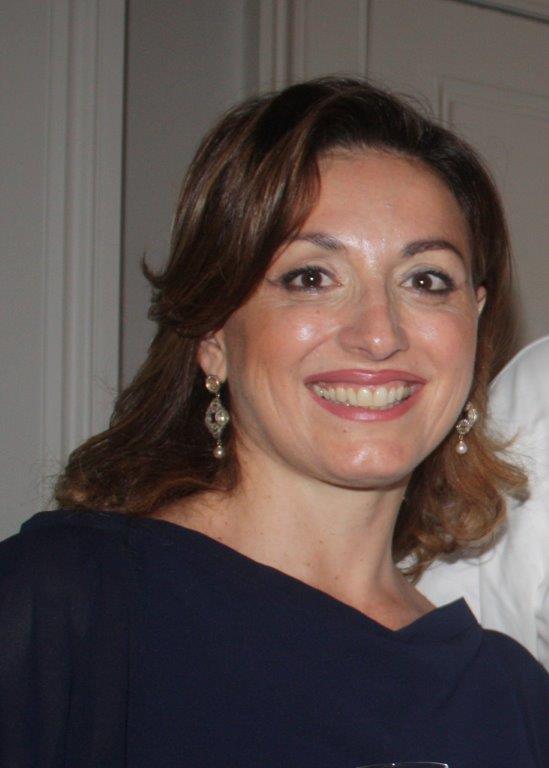 The film opens with a view of a stretch of the nearly 800 km of spectacular and varied coastline. Interspersed with vistas of mountain scenery, church men and women describe how in the make-up of Calabria, Western monastic tradition goes hand in hand with Eastern monastic tradition. The narrative emphasises that the arrival of Greek monks was a fundamental turning point, and they found isolated and wild places where they could live in peace.

As the Roman empire disintegrated, Calabria from 965AD came under the control of the Byzantine empire, which lent protection to the Greek Orthodox way of life, with hundreds of churches under its jurisdiction. In the following years, the Lombards, French, Spanish and the Kingdom of Naples all attempted to assert dominion. Among the invaders were the Normans, who realised that villages could be controlled only if there were a strong presence of monks. Between the 10th and 11th century, Calabria was trading and flourishing – in contrast to the depressed economy today.

In Roman times, many people spoke Greek and Byzantine rule brought with it Greek language and culture. To this day, varieties of the Greek tongue are still spoken. Calabrian Greek can be heard in nine villages and towns including Reggio di Calabria. Up to 50 years ago, it was common to encounter people who spoke ancient Greek: words from the 8th century BC.

Calabria and its coast has frequently been a destination for people seeking shelter from repression. A new wave of Greek speakers came in the 14th and 15th centuries, some people fleeing Albania to escape Ottoman rule.

Rosa Maria Letts of the Accademia Italiana told the London meeting, at the Ognisko Club in Exhibition Road, that even for seasoned travellers Calabria was “an unknown region.” She said that the vast extent of its mountains made one almost think of being in the Alps or Scandinavia rather than the south of Italy.

She said that the new film represented “the blossoming in Italy of this beautiful region which has been given new infrastructure like rail, motorways and hotels” allowing appreciation of the most hidden corners. It showed the amazing Medieval buildings, monasteries and castles situated in the dramatic mountain peaks and built by those who sought refuge​. “Dramatic situations indeed reflected in their buildings.”

Dr Letts said that she visited extensively the Ionic Coast in 2016 and was struck by the grandeur of its landscapes, and quality of its archaeological parks. 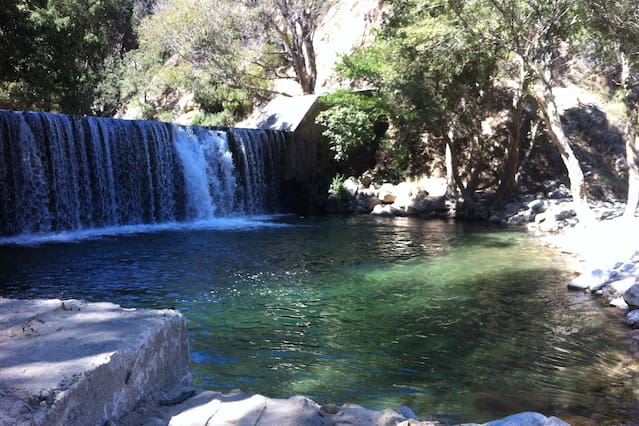 Caulonia, close to the area where the Riace bronzes were found

Dr Santacroce said that although several UK-based tour operators have begun to offer holidays, tourist traffic is mainly from Germany, and Russians who have a villa complex in the mountains overlooking the sea.

Rosa Maria and Anthony Letts have launched through their venture Artstur Italia a tour scheduled for September 2017 which begins in Reggio Calabria, home to the Bronzes of Riace in the Archaeological Museum. These two 5th century BC bronze statues were “miraculously” discovered in 1972 off the coast at Capo Riace. The well preserved artefacts are among the best extant examples of sculptures from the Greek period.

With striking routes among the Tyrrhenian peaks, the Artstur itinerary will include the village of Riace itself and other spots on “this enchanted coast,” passing Byzantine monasteries, Swabian Castles, palaces and churches. It will visit the festival at Catanzaro, which starts on July 14, an event “full of joy, unpredictability, and fireworks.”

There is a visit to Scilla, “the pearl of the violet coast” and famed for the sea monster Scylla of Greek mythology. High above the beach is Ruffo Castle, a fortress built by the Dukes of Calabria.

At Locri – which was the ancient Greek town Locris – there are Greek ruins including a temple and theatre.

There will be a visit to the archaeological park of ancient Caulonia, said to have been founded by Achaean Greek colonists, and to the Norman church and convent of San Giovanni Theristis, one of the most important Basilian monasteries, named after the 9th century Greek monk St John Theristus and founded by Eastern monks.

At Capo Colonna the group will visit the Museum of the Sea, the archaeological park with its Treasure of Hera and the romantic solitary surviving column of the temple of the goddess Hera spectacularly situated on the cape.

Sparkling wine Spumante Dovi Bianco Ferrocinto, offered by Campoverde Agricola, was served during the London film showing. The grape is cultivated in clay and limestone soil on Castrovillary estates 450 m high, at the foot of the Pollino massif.