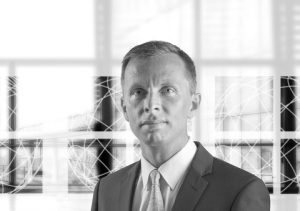 Morten Langthjem, Sales Manager in Dubai, denotes that, “All traders are great assets to the group and their extensive expertise plays an integral role in the organisation’s success rate. It is with great pleasure that I announce the below promotions, all of which are well deserved as a result of their hard work and highly professional manner.”

Abdur Rahman, who joined the Dubai office in 2013 has been promoted to Senior Bunker and Lubricant Trader. The promotion is a result of his strong work ethic and expertise in the Middle East and ­­­­Indian subcontinent market.

Elza Adamyan has also been promoted to Senior Bunker and Lubricant Trader and will continue to handle her key regional areas of Middle East and Africa. Adamyan began her career with Glander International Bunkering in 2014 and has since proven herself as a versatile and resilient trader.

Who pays the damage for BDI’s volatily?