Brexit or dog’s breakfast? Maersk recovery from cyber attack continues and other stories 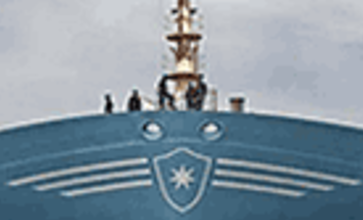 Bookings for container line now possible via EDI and INTTRA, cargo in transit being offloaded as planned, but Damco has limited access to certain systems

Maersk says it has made significant progress in its recovery from the cyber attack on 27 June that has affected many of the container shipping group’s IT systems across multiple sites and business units.

Late last night, Maersk confirmed that it was able once again to accept container bookings via the world’s largest ocean freight booking platform, INTTRA. And Lloyd’s Loading List understands that Maersk Line had also this morning regained the ability to accept direct bookings from customers via EDI.

The world’s largest ocean freight forwarder Kuehne + Nagel (K+N) this morning reported: “All K+N bookings which are sent via EDI from our global operating system are again received in Maersk Line systems.”

In terms of Maersk Line’s schedules and cargo, the carrier said yesterday that all immediate vessel operations will continue as planned, making the majority of planned port calls. It said access to most ports was not impacted, although some APM Terminals were affected and gates were closed.

“Cargo in transit will be offloaded as planned,” the company said. “Import cargo will be released to credit customers.”

Late last night, the company stressed that the issue “remains contained” as it “continues to work towards a technical recovery”. It said a number of IT systems had been deliberately shut down across multiple sites and selected business units, also impacting business systems. “Business continuity plans are being implemented and prioritised,” Maersk added.

As of last night, the company was continuing to assess the situation noting: “Until this analysis is complete, we cannot be specific about how many sites and locations are affected or when normal business operations are restored. The aggregate impact on our business is being assessed.”

Maersk stressed that its focus was on “ensuring the best business continuity possible for our customers and business partners”, adding: “We are collaborating with IT experts, including national cybercrime agencies and IT industry leaders, to reinstate services safely and without further disruption.”

It stressed that all Maersk Line vessels “continue to be under control, employees are safe, and communication to crew and management on board is functioning”.

Maersk last night said the majority of its terminals were now operational, adding: “Some of these terminals are operating slower than usual with limited functionality. APM Terminals continues to work towards full restoration of its IT systems.”

However, the Maersk group’s freight forwarding and logistics subsidiary Damco was continuing to experience problems. The group said: “Damco has limited access to certain systems. The business continuity plan has been deployed with a key focus on protecting customers cargo flows.”

As reported yesterday in Lloyd’s Loading List, the world’s largest container shipping group Maersk was hit by a major cyber attack that is affecting a number of major companies around the world, with Maersk’s IT systems down across multiple sites and business units.

In a statement yesterday morning, parent company A.P. Møller-Mærsk confirmed that Maersk had been “hit as part of a global cyber attack named Petya on the 27 June 2017”, adding: “We have contained the issue and are working on a technical recovery plan with key IT-partners and global cyber security agencies. We have shut down a number of systems to help contain the issue.”

Lloyd’s Loading List understands that the cyber attack has had some impact on DHL in Ukraine and also on FedEx (TNT) operations in the country.

A DHL spokesperson told Lloyd’s Loading List: “Our DHL Express systems in Ukraine have been partially impacted by the cyber-attack, which has affected a range of organizations in Ukraine. DHL Global Forwarding, Freight and DHL Supply Chain are not affected.

“We have deployed contingency measures in order to process inbound and outbound shipments. We are working to address the issue and to reinstate the systems which have been affected. We will keep customers informed of the issue.”

ITIC pays out for pool manager’s acceptance of unacceptable tanker