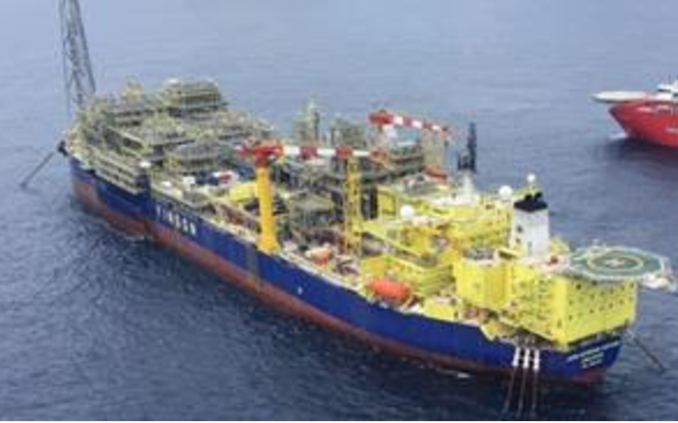 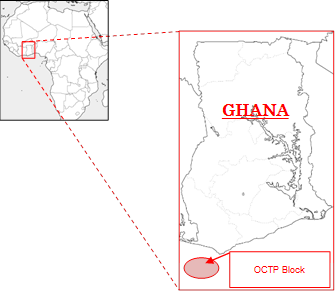 After commencement of the definitive agreement, the four partners will acquire, through a joint venture, 26% of the shares of Yinson Production (West Africa) Pte. Ltd. (hereinafter “YP (WA) PL”), a FPSO owning company operated by Yinson. YP (WA) PL has concluded a 15-year long-term FPSO chartering agreement with Eni Ghana Exploration and Production Ltd., which is an affiliate of the major Italian oil company Eni SPA, and started oil production at Offshore Cape Three Point Block (“OCTP”), approximately 60 kilometers south west of Ghana, in May 2017. Barring any unforeseen circumstances, the domestic supply of natural gas from FPSO is expected to commence in Ghana by mid-2018.

FPSO is key infrastructure for deep-water oil and gas production, which are likely to increase steadily in the future; thus, demand for FPSO is expected to increase. In preparation for this demand, “K” Line, Sumitomo Corporation and JGC will acquire knowledge and expertise through the project as their first FPSO owning and chartering business. DBJ will supply risk money with the “Special Investment Operations” as the project will help improve vitality and develop sustainability of the Japanese economy. Through the project, the four partners will contribute to stable oil and natural gas supplies in Ghana, thus solving natural gas and electricity shortages in the country.

1 FPSO (floating production, storage and offloading) refers to facilities used for offshore crude oil and gas production—storage of the produced crude oil in a tank and direct offloading onto a tanker.

Outline of the project

Established in 1983 as a local transport and logistics company in Malaysia, which was divested from Yinson Group entirely in 2016. Yinson is currently a full-fledge company in the oil and gas industry and major player in the FPSO industry and is listed on the Main Market of the Malaysian stock exchange, Bursa Malaysia Securities Berhad. Yinson’s current fleet consist of five FPSOs and one floating, storage and offloading (“FSO”) unit as of June 2017.

Fugro wins another IRM contract with Petrobras in...

IEA expects oil demand to be even lower...

A first for Egypt as Fugro revolutionises subsea...