ICHCA calls for cargo operations to improve in 5 key respects 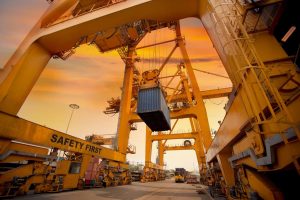 ICHCA will use its 65th anniversary conference in October to call for improvements to safety, smart technology, sustainability, security and skills across the global cargo chain

19.07.2017 – ICHCA International, the global cargo handling NGO, will use its 65th anniversary event to call for vital improvements to the global cargo chain. Looking ahead to the future of cargo handling worldwide, the Association has picked out 5 key areas for focused discussions: SAFETY, SMART TECHNOLOGY, SUSTAINABILITY, SECURTY and SKILLS.

The community at the ICHCA International Conference 2017, which takes place from 2-6 October 2017 in Las Palmas, Gran Canaria, Spain, will hear keynote speeches given by Mr Westwood-Booth, Senior Deputy Director of the Sub-Division for Marine Technology and Cargoes in the Maritime Safety Division at the International Maritime Organization; Günther Bonz, President, FEPORT; and Olaf Merk, Administrator Ports and Shipping, International Transport Forum, OECD.

The 2-day conference is staged as part of an extensive programme that also includes an exhibition of products and services, site visit to the Port of Las Palmas – a key hub for African international trade – and icebreaker reception on 2 October and 65th Anniversary Reception & Awards Evening, on 3 October, where winners will be announced for ICHCA’s 2nd TT Club Innovation in Safety Award, the Annual Las Palmas Port Awards and special ICHCA John Strang A.O. Memorial Award for a significant contribution to the cargo handling industry. The Conference & Exhibition will be followed by the 78th meeting of ICHCA’s ISP Technical Panel on 5 October and annual CARC meeting on 6 October. Global Shippers Forum will also host its AGM on 2 October as part of the week-long gathering.

The TT Club Innovation in Safety Award 2017 celebrates excellence in cargo handling safety and is open to anyone – an individual, team or company – involved in cargo logistics. Award entrants are required to show that a product, idea, solution, process, scheme or other innovation has resulted in a demonstrable improvement to safety. The Award will be presented after day 1 of the ICHCA International Conference 2017 by a senior representative from the International Maritime Organization and the deadline for submissions is tomorrow, Thursday 20 July. Click here for more information and how to enter.