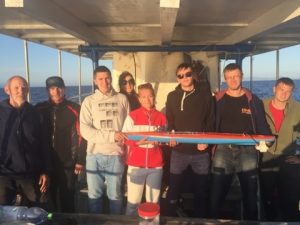 The USV voyage was carried out under the joint project titled “Around the Island” by Admiral Nevelskoy Maritime State University and Vladivostok based Robotics Development Centre. 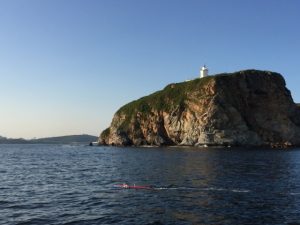 A team of the University had mapped out the USV voyage, prepared all necessary measures, including cooperation with port authorities and other agencies that monitor similar experiments.

During the USV test passage from Cape Cooper through the Stark Strait to Cape Vyatlyn the vessel was escorted by the HALS buoy tender and the Piton boat.

The sea test voyage lasted more than 12 hours and this small unmanned surface vehicle covered a distance of 35 km. The project developers during the sea trials executed different navigation and research tasks. 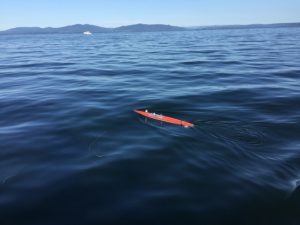 IAA PortNews has reported that a team of Russian engineers had launched the project of an innovative technological platform that will allow computer generated simulation testing of USVs navigation. The platform was created as an effective and safe alternative tool for navigation of unmanned surface vessels in real sea conditions. The project will be introduced by MariNet, the National Technological Initiative (NTI) working group, on the sidelines of the prestigious International Exhibition NEVA-2017 in St Petersburg, on September 19-21.

Louis Dreyfus Armateurs will equip one of its...