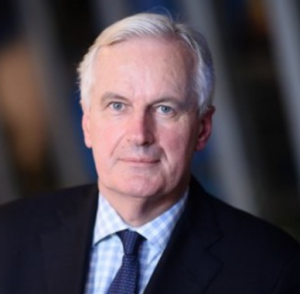 In her speech in Florence, Prime Minister Theresa May has expressed a constructive spirit which is also the spirit of the European Union during this unique negotiation.

The speech shows a willingness to move forward, as time is of the essence. We need to reach an agreement by autumn 2018 on the conditions of the United Kingdom’s orderly withdrawal from the European Union. The UK will become a third country on 30 March 2019.

With regard to Ireland, the United Kingdom is the co-guarantor of the Good Friday Agreement. Today’s speech does not clarify how the UK intends to honour its special responsibility for the consequences of its withdrawal for Ireland. Our objective is to preserve the Good Friday Agreement in all its dimensions, as well as the integrity of the Single Market and the Customs Union.

Today, for the first time, the United Kingdom government has requested to continue to benefit from access to the Single Market, on current terms, and to continue to benefit from existing cooperation in security. This is for a limited period of up to two years, beyond its withdrawal date, and therefore beyond its departure from the EU institutions.

If the European Union so wishes, this new request could be taken into account by the EU and examined in light of the European Council stated in its guidelines of 29 April 2017: “Should a time-limited prolongation of Union acquis be considered, this would require existing Union regulatory, budgetary, supervisory, judiciary and enforcement instruments and structures to apply.”

The sooner we reach an agreement on the principles of the orderly withdrawal in the different areas – and on the conditions of a possible transition period requested by the United Kingdom – the sooner we will be ready to engage in a constructive discussion on our future relationship.

The EU shares the goal of establishing an ambitious partnership for the future. The fact that the government of the United Kingdom recognises that leaving the European Union means that it cannot keep all the benefits of membership with fewer obligations than the other Member States is welcome. In any case, the future relationship will need to be based on a balance of rights and obligations. It will need to respect the integrity of the Union’s legal order and the autonomy of its decision-making.

The EU will continue to insist on sufficient progress in the key areas of the orderly withdrawal of the United Kingdom before opening discussions on the future relationship. Agreeing on the essential principles in these areas will create the trust that is needed for us to build a future relationship together.

We look forward to the United Kingdom’s negotiators explaining the concrete implications of Prime Minister Theresa May’s speech. Our ambition is to find a rapid agreement on the conditions of the United Kingdom’s orderly withdrawal, as well as on a possible transition period.