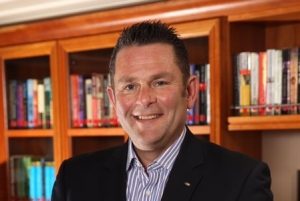 Celestyal Cruises has announced the appointment of Andrew Magowan as the company’s new Vice President Commercial, Europe. Andrew will be responsible for commercial strategy and the development of Celestyal Cruises’ presence and sales distribution in the European region, with a specific focus on the UK market.

Magowan’s appointment is part of an ongoing strategy to grow Celestyal’s presence in the UK and Europe, strengthening the European sales network of the company.

“Andrew’s experience and in-depth knowledge of the travel industry will further strengthen the Celestyal brand as a cruise operator that offers immersion in local experiences in both Greece and Cuba. Andrew’s appointment follows growth in the UK and European market and we are delighted to have him on board as part of our expansion and development plans.”