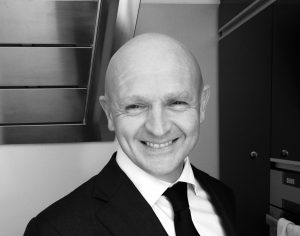 The Harris Pye Engineering Group has opened an office in Oslo to pursue new business opportunities in Norway, and to support existing clients by providing all Harris Pye products and services to the entire Scandinavian region.

Bjarne Eia, former Managing Director of TECO Solutions, has been appointed Technical Sales Manager, and will be the principal contact at Harris Pye Norway. The office is at Holten 45, N-1368 Stabekk, Norway at Lysaker, just 15 minutes from central Oslo.  Tel: +47 90051032. Email: harrispye.norway@harrispye.com.

This is Harris Pye’s 17th office, with the network stretching from Brazil to Japan, North American and Canada to Australia and including major workshops in Wales, Brazil, Sharjah and Singapore

“Thanks to his long history in coatings we have also appointed Bjarne Eia as our in-house specialist for protective coatings,” explains Chris David, the Group’s Chief Technical Officer. “We are eager to expand our Protective Coatings Division in the maritime and oil and gas industries.

“We aim to be the preferred provider of high quality voyage repair and of maintenance services onboard ships and rigs while at sea. Working with clients we can streamline their maintenance programme for any ship or rig in operation. We offer three alternatives for owners and managers – coating while at sea; coating at a yard; or a combination of work at yard and at sea.”

“The Division offers all kinds of steel surface refurbishment including blasting and coating of internal and external structures and spaces; scaffolding and covering; special access systems; and passive fire insulation and thermal insulation in the maritime and oil and gas environments,” explains Mr Eia, a former Master Mariner with close to 30 years’ experience in the maritime industry. ”I am greatly looking forward to my new role and to expanding Harris Pye’s protective coating services globally,” he adds.

His seagoing career began in the Royal Norwegian Navy; then joining Wilh.Wilhelmsen on a special apprenticeship programme leading to his Deck Class 4 certificate. He then joined Leif Høegh & Co continuing his maritime career.

In February 1990 he joined Novoklav, a joint venture between the Torvald Klaveness Group in Norway and Novorossiysk Shipping Company as the Ship Operator. He was later promoted to Operations Manager at PetroBulk Carriers in Oslo. PetroBulk was a JV between EXMAR, Mitsui OSK, Safmarine, Erling Dekke Næss and Jørgen Jahre Jr.

Bjarne Eia left PertroBulk in March 1998 having spent his final year setting up the operations in London and Singapore. A short period with R.S. Platou Shipbrokers followed before he accepted a position at TECO Coating Services AS.