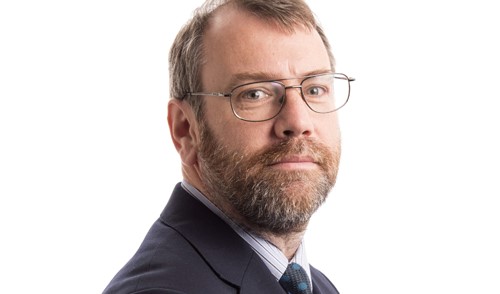 The theme of the third Marine Electrical and Control Systems Safety Conference (MECSS 2017) ‘Delivering integrated, dependable, safe and reliable systems’ will provide the newly announced keynote speaker – Peter Deverill, Principal Engineer Marine Systems, Ships Operating Centre, at the UK’s Ministry of Defence – with an ideal topic which relates both to technologies and the human/system aspect of those technologies.

Peter Deverill joined Ministry of Defence in 1991 after gaining a BEng (Hons) at UMIST. Initially working in the Defence Evaluation and Research Agency conducting equipment type testing and fault-finding investigations on board HM Ships and Submarines, he moved to Defence Equipment and Support (DE&S) (Defence Logistics Organisation and Procurement Executive as was) in 1999 where he became responsible for the in-service support of Electric Power and Propulsion Systems.

Following a lengthy period responsible for the design of the electrical systems on new a Submarine Class, he became the Chief Marine Engineer Electrical in 2015. Early in 2017 this role was expanded to cover the wider Marine Engineering and he is now the Principal Engineer for Marine Systems in DE&S.

“We look forward to welcoming Peter Deverill to MECSS 2017 in Glasgow. Our conference theme certainly gives him plenty to get his teeth into, and we are encouraging him to relate the theme to his work at MOD,” explains MECSS 2017 Conference Chairman, Kevin Daffey, Director Engineering & Technology, Marine at Rolls-Royce. “Safety lies both at the heart of his work, and our conference, so there is a very definite meeting of minds. Our delegates can be assured of an extremely stimulating and relevant half an hour on our opening morning.”

MECSS 2017 is being held in Glasgow on 22 and 23 November 2017 and will focus on four key areas – prominent hazards, cyber security, whole system, and operational matters. The full programme, is online at www.mecss.org.uk.

Organised by FIGS Events Limited on behalf of the Institute of Marine Engineering, Science and Technology (IMarEST) MECSS 2017 is being held at the University of Strathclyde’s Technology & Innovation Centre (TIC) in Glasgow, with an Industrial Visit to the University’s Power Networks Demonstration Centre (PNDC) open to all delegates the day before the official proceedings begin.

At the close of the first day the MECSS Conference Reception takes the form of a Civic Reception at Glasgow City Chambers generously hosted by The City of Glasgow with special thanks to The Lord Provost and Glasgow City Council.

The Early Bird registration for MECSS 2017 (which is CPD approved by IMarEST) remains open until Friday 27 October. QinetiQ is the Principal Sponsor, and MECSS numbers the US Office of Naval Research Global (ONRG); SAFETY4SEA; GREEN4SEA; Institution of Mechanical Engineers (IMechE), and Glasgow City Council amongst its supporting organisations.