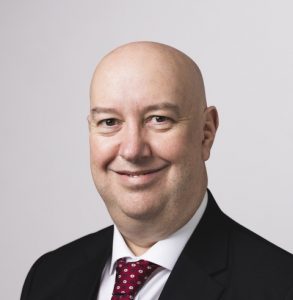 These are changing and challenging times; we all know that. Across the professional and industrial spectrum, companies are adapting to new ways of working, new technologies – a whole new world out there.

However, Julian Clark warns: “The legal profession is sailing into a perfect storm; the introduction and evolution of intelligent systems on the one side and the approach and needs of clients and millennials on the other. Law firms, often stuck in their traditional ways, can be incredibly resistant to change. But their future survival is dependent on them embracing that change.”

Over the next 20 years – but possibly as early as 2020 – law firms will reach a tipping point, he says. “They will have to completely, radically, change the way they operate in order to survive. This is due to a combination of factors including technology, the pressure to reduce costs and the rise of millennials – who have a whole different mindset as to what they want from their lives and their careers.”

Let’s tackle millennials first. In the past, says Clark, the bright-eyed young things coming into the legal world didn’t stay bright-eyed for long. “People were driven by money and the prospects of getting a partnership, because that meant big bucks along with the title and status. They worked 12-24 hour days, priding themselves on all-nighters, and aspiring to be the hardest working person ever on the planet, all in the hope of getting that glorious ‘partner’ badge. That model is encouraged by the way a law firm is structured, and the system of remuneration.

“But that simply doesn’t apply to millennials – money isn’t their driver, paper titles are not their aim, and what they are not prepared to do is what the existing profession has done and survived on.”

There’s another aspect to the fading culture of proving how many days and nights you could work without sleep, however. “Not only was that the way of the world and the way of the profession, but the work was there to do it,” says Clark. “If you wanted to work 24 hour days, you could – because there was so much work out there, you were tripping over it. But that level of work isn’t around anymore.”

In the shipping world, for example, many companies were run by people who didn’t understand maritime law; they turned to the law firms for support. P&I providers and shipowners lacked in-house legal expertise. “Today, all the P&I Clubs are full of lawyers who have been in private practice. It’s the same with shipowning companies; the days are gone when an ex-seafarer or a farmer in Greece bought some ships, knew how to run them and was commercially savvy, but didn’t know anything about maritime law. Those same companies are now run by the next generation, who have been to universities such as Harvard.”

The successful drive for safer ships and safer seas has also had its impact.

“We have been driving loss prevention on ships and it is working – there are far, far fewer casualties,” says Clark. “Talk to the people who used to handle casualties – they were never in the office because they were on site fire fighting. Now, those casualties are few and far between and the associated litigation has plummeted.”

Next, there is cost, particularly since the 2008 crisis. “People don’t want to go to the Supreme Court. How long is that going to take, they ask, and how much will it cost? The million pound disputes that centred around the sky-high charter rates ten years ago simply aren’t happening. Nobody wants to litigate anything because there is no money any more. Also, the market is fragmented, and clients don’t want to annoy their commercial partners.”

And then, of course, there is technology. A recent Deloitte report predicted that more than 100,000 jobs will go in the legal profession over the next few years, because their tasks will be automated. The use of robotics, algorithms and artificial intelligence (AI) will deliver more efficient and cheaper forms of searches, analysis and filing, says Clark.

What, then, is the remedy?

“Law firms need to come down from their ivory towers and realise they are no longer the sole central depositary of legal wisdom. They need to start listening to the client and work to drive down costs – by embracing new technology, being innovative and prepared to change, and responding to the changing needs of clients. It’s time to embrace agile working and take a close look at how you reward and incentivise your staff.”

There is, says Clark, no avoiding the impact of AI; systems are already in place to search every single law report and decision, and effectively analyse trends and statistics. “Should we be afraid or encouraged by AI? The answer is both. What is clear is that the practice of law is going to be radically different.”

He, however, goes on to say that while there is so much that systems can do, there is still a lot that they can’t do. It will be a long time before AI can replace advocacy and argue the final stages of a case. AI does not have the skills of negotiation that a human being has; it cannot be creative or strategic, or empathise as a human being with the client.

“There is also the matter of knowing what the client actually wants; what the client asks for is very rarely what they actually want. Half of the skill is listening to them, talking and finding out what the problem is. For example, a client comes in and says he is owed £1m. But there is a bigger commercial picture – it might be that the client wants to avoid losing that money again in the future, so it’s a case of restructuring their deals. Lawyers offer experience, knowledge of markets and the training to focus on the absolute detail.”

There is a view, he says, that the legal profession will move through the upheaval and come out the other side with the opportunity to create jobs. “It could be the survival of the industry. By automating a lot of tasks, such as document management, you will be able to bring the price right down, increase volume and bring in more lawyers.”

In Clark’s view the profession has to start thinking out of the box. “Yes, we are lawyers – that is what we do. But what you will see in the future is probably law firms being providers of risk solutions. We have to be the disrupters – moving into IT solutions and insurance packages, and recognising our ability to bolt disciplines and expertise together. We need to reduce client cost, including by finding options to mediate parts of a dispute to a conclusion, breaking down issues into separate areas which may attract different solutions. We need to actively promote an agile working mentality and be ready to balance the needs of family and career.”

His concluding comment is clear, “There are those who are head-down, ostrich-style; they may say that the ‘old way’ has worked for them and they don’t see why things should change. But this is a completely different game and not just about replacing telex with email. This is not changing the racquet – it is changing the sport. We have to get out of the Stone Age before we become extinct.”