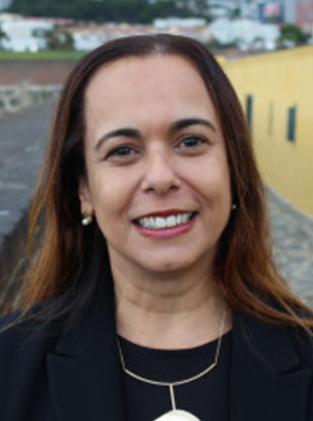 ​“We want to reduce loss of life in one of the most dangerous professions in the world, and we want to enhance safety on board fishing vessels,” said Ms Allnutt, Head of Maritime Technology in IMO’s Maritime Safety Division.

When it comes to fishing vessel safety, the mission is clear, says Sandra Allnutt of the International Maritime Organization (IMO): enhance safety to save lives.

“We want to reduce loss of life in one of the most dangerous professions in the world, and we want to enhance safety on board fishing vessels,” said Ms Allnutt, Head of Maritime Technology in IMO’s Maritime Safety Division, following a regional seminar, in Cape Town, South Africa, to promote ratification and implementation of a key fishing vessel safety treaty known as the Cape Town Agreement of 2012.

“This Agreement, once fully ratified, in force and implemented, will be an internationally binding agreement which will facilitate better control of fishing vessel safety by flag, port and coastal States. It will also contribute to the fight against illegal, unregulated and unreported (IUU) fishing,” Ms Allnutt said.

The Cape Town Agreement was adopted at an international conference held in South Africa in 2012, as a means to bring into effect the provisions of the 1977 Torremolinos International Convention for the Safety of Fishing Vessels, which was later modified by the 1993 Torremolinos Protocol. In ratifying the 2012 Agreement, Parties agree to amendments to the provisions of the 1993 Protocol, so that they can come into force as soon as possible thereafter.

International treaties such as the International Convention for the Safety of Life at Sea (SOLAS) have been in force for decades for commercial shipping industry, including cargo and passenger ships. However, the key instrument applicable to fishing vessels is still not in force. This means there are no mandatory international requirements for stability and associated seaworthiness, life-saving appliances, communications equipment or fire protection, as well as fishing vessel construction.

“Implementation of the fishing vessel safety provisions is long overdue,” Ms Allnutt said. “So we have been running a series of seminars around the world to explain what the Cape Town Agreement is, why it is important, how it can be implemented into national legislation and what the next steps are for a Party to the Agreement.”

Future seminars are planned to be held in further region(s) during 2018.

The push to promote the Cape Town Agreement has been given extra momentum by the entry into force of related treaties under the International Labour Organization (ILO) and the FAO – organizations with which IMO works closely in the context of safety of fishing vessels and (IUU) fishing.

ILO’s Work in Fishing Convention 2007 (Convention No. 188) enters into force on 16 November 2017. It sets minimum requirements for work on board including hours of rest, food, minimum age and repatriation.

FAO’s Agreement on Port State Measures to Prevent, Deter and Eliminate Illegal, Unreported and Unregulated Fishing (PSMA), 2009, entered into force in 2016 and now has 50 Parties. It seeks to prevent, deter and eliminate IUU fishing through the adoption and implementation of effective port State measures.

IMO’s Sub-Committee on Implementation of IMO Instruments (III), meeting in September 2017, recently agreed a number of proposals to address IUU fishing, focusing on key areas of vessel identification; flag and port state performance; training and implementation of relevant instruments; and environmental issues. The discussion followed a review of recommendations emanating from the Joint IMO/FAO Working Group on IUU fishing and related matters held in 2015.

The IMO Assembly, meeting in November 2017, is expected to adopt a resolution to extend the IMO ship identification number scheme, on a voluntary basis, to all fishing vessels more than 12 metres in length authorized to operate outside waters under national jurisdiction of the flag State. This move is expected to contribute to the maintenance of a global record on registered fishing vessels.

IMO is also undertaking a comprehensive review of its treaty on training of fishing vessel personnel, the International Convention on Standards of Training, Certification and Watchkeeping for Fishing Vessel Personnel (STCW-F), 1995, which entered into force in 2012. The aim is to update and revise the treaty, taking into account the unique nature of the fishing industry, the fishing working environment and the need to prevent damage to the marine environment.

The work being done to promote implementation of the Cape Town Agreement on the safety of fishing vessels and other activities to improve safety and sustainability in the fishing sector and fight IUU fishing is also being supported by international non-governmental organizations. These include the General Fisheries Commission for the Mediterranean (GFCM), the North East Atlantic Fisheries Commission (NEAFC), the Organisation for Economic Co-operation and Development (OECD), the Institute of Marine Engineering, Science and Technology (IMarEST), the International Transport Workers Federation (ITF), the Pew Charitable Trusts, the World Animal Protection and the World Wide Fund for Nature (WWF).

“We are seeing increasing commitment from a number of IMO Member States as well as from regional organizations and international non-governmental organizations to promote the Cape Town Agreement and other measures to make fishing a safer and more sustainable industry. This is something to be welcomed, for the millions of people worldwide who work in the fishing sector,” Ms. Allnutt said.