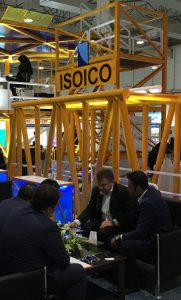 This year’s Europort exhibition, which takes place at Rotterdam Ahoy from November 7th-10th, will have a significant presence from Iran, one of the fastest growing markets in the maritime sector. A total of 12 companies are taking part in the dedicated Iran Pavilion, coordinated by the maritime and offshore event organiser, KTP Group, while altogether around 40 companies from Iran are attending Europort.

The pavilion will feature some of Iran’s most prominent ship yards, including ISOICO, which aims to become one of the world’s leading shipbuilders. In the past 18 months, ISOICO has signed co-operation deals with Royal IHC of the Netherlands, and Daewoo Shipbuilding and Marine Engineering (DSME) of South Korea. Also present will be the Arvandan Shipbuilding yard, which specialises in building vessels up to 2,500dwt, including crew boats, passenger ships, pilot boats, barges and multi-purpose cargo vessels. The company is also now looking to build a series of offshore support vessels.

Another high-profile participant will be Iran’s Ports and Maritime Organization (PMO), which has seen cargo throughput at the country’s ports increase by around 40% since the lifting of sanctions against Iran by the international community. To meet demand, PMO plans significant investments in new cargo handling equipment, and is looking for international companies to operate some facilities, including the Bandar Abbas container terminals.

Several leading Iranian maritime industry organisations will also have stands within the Pavilion. These include the Iranian Association of Naval Architecture and Marine Engineering (IRANAME) and the Marine Industries Technology Development Council (MITDC), whose main mission is to encourage the growth of activity related to maritime technology in Iran. 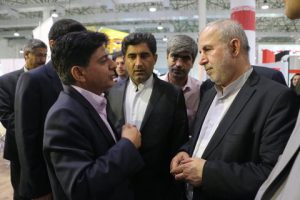 MITDC Secretary General, Mohammad Saeed Seif, says, “Iran has great potential for developing and expanding its maritime industries and we expect the Europort exhibition will be an opportunity to develop collaboration between Iranian and maritime companies worldwide, but especially in the European maritime sector. We also plan to survey and observe new technologies and to sign memoranda of understanding for technological cooperation.”

GAC Iran Managing Director, J.M. Azizi, says he is looking forward to the chance to discuss the ports situation in Iran and the possibility of implementing investment plans. He adds, “The facilities we have in Iranian ports mean we are fully prepared to be selected as a shipping agency for European shipping lines.”

Europort 2017 will receive its biggest ever delegation from Iran, creating tremendous networking opportunities for those keen to build up commercial ties with this fast-growing market. A large number of Iranian officials and businessmen and women have confirmed their attendance as part of an official party organised by the KTP Group – Europort’s partner in IRANIMEX, the highly successful exhibition, which takes place this December at Kish Island, Iran. The delegates represent leading Iranian shipping companies, ship repair and construction yards, governmental organisations, port operators and marine technology suppliers, among others.

One of the Iranian delegates is Hossain Sahebi, Managing Director of marine services firm and shipping company, Sea Port Line (Darya Bandar). He says, “At Europort I plan to get familiar with the latest equipment and new technology in the marine field and to examine ways of employing them within our company. In addition, I will be looking to interact with contractors and suppliers of parts and equipment and sow the seeds for future business endeavours.”

Iran is keen to build up trade ties with Europe, following the JCPOA nuclear agreement that led to the lifting of sanctions. Co-operation in the maritime sector is high on the government’s agenda and Europort is the ideal platform at which to develop mutually beneficial contacts with potential buyers and suppliers alike.

Europort Exhibition Manager, Raymond Siliakus, says, “If the Iranian market is one that interests your company, make sure you visit Europort 2017. It is a unique opportunity to meet and discuss business links with key Iranian decision makers in the maritime sector.”

The large Iranian presence is a direct result of Europort’s activities in the country, through its involvement in the IRANIMEX exhibition. The decision by the Dutch company to move quickly to participate shortly after the lifting of sanctions has yielded positive benefits in attracting significant interest from within this increasingly important market.