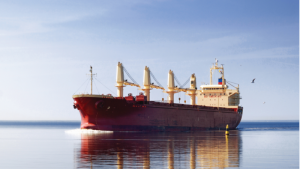 by David Handley and Martin Hall*

Last week, by a 4-1 majority, the Supreme Court reversed the decision of the Court of Appeal in Mitsui & Co Ltd & Ors v Beteiligungsgesellschaft LPG Tankerflotte MBH & Co KG & Anor (2017) holding that vessel-operating expenses incurred in negotiating a piracy ransom fell within Rule F of the York-Antwerp Rules 1974 as alternative expenses.

On 29 January 2009, the LPG carrier “LONGCHAMP” was on a voyage between Norway and Vietnam when she was taken by Somali pirates and diverted to Eyl, Somalia. In the weeks following capture, the owners negotiated the ransom demand down from the initial demand of US$6m to US$1.85m, which was paid around two months after the ship’s capture. To assist in negotiating the lower ransom, the owners engaged a team that were experienced in this course of action and, in doing so, incurred an additional US$160,000 of vessel-operating costs. Arguments were presented, at first instance and on appeal, on whether these additional costs could be properly considered as “alternative expenses” recoverable under Rule F of the York-Antwerp Rules 1974, on the basis they would not otherwise be allowable as General Average expenses, by reason of, for example, delay – see Are expenses incurred during negotiation of a pirate ransom recoverable in general average?

Reversing the Court of Appeal decision, the Supreme Court found that it was not necessary to consider whether the original demand was reasonable in accordance with Rule A. The conclusion delivered by Lord Neuberger in his leading judgment cited the prevailing view that Rule F could only be invoked when the claimant had taken an “alternative course of action”. Here, the negotiation for a reduced ransom demand satisfied the requirement that it was an “alternative course of action” and thereby fell within Rule F. In coming to this conclusion, Lord Neuberger stated that any alternative formulation would lead to the “remarkable result” for the shipowner that “the more obvious his duty to mitigate, and the greater the likely benefits of such mitigation, the less likely he would be to be able to recover”.

Perhaps the most important part of the judgment was in determining what an “alternative course of action” had to be in order to come within Rule F. In order for an expense to be claimed in General Average under Rule F, the previous perceived view, and the long standing practice, had been that there had to be an alternative choice, such that the owners elected to take an alternative course, which ultimately saved expenses that would have otherwise been allowed in General Average. Here, the Supreme Court appeared to diverge from the views of the practitioners, even drawing attention to this point by stating that practices developed and principles adopted by practitioners, when tested in court, sometimes turned out to be unsustainable. The Supreme Court determined that the reason for the “alternative course of action” was that one course of action incurred operating expenses and the other incurred the payment of a ransom. It was also interesting to note that the Court identified that the hotel expenses of the negotiator and the team had been allowed whereas the professional fees had not. Lord Neuberger stated, “if [the hotel expenses] are claimable, it is hard to understand why the negotiation period expenses should not also be claimable.”

The Supreme Court also dealt with the issues of indirect loss suggesting that the delays could be considered in a similar manner to a demurrage claim. The Court stated that they could understand why, as a matter of policy, these items were not recoverable in General Average but did not agree that, if they were expended to mitigate an otherwise larger general average claim, they should be irrecoverable in all circumstances.

Lord Mance’s dissenting judgment was based on the view that the negotiation of the ransom was not a true alternative expense or course of action because the owners were not in a position to accept the initial ransom demand, and, therefore, had no alternative course of action than the one chosen. This follows the previous views held below, and was based on a stricter interpretation of the York-Antwerp Rules 1974 that has been favoured by practitioners when dealing with points of this type. Drawing on an interesting analogy, Lord Mance noted that there were no equivalent provisions in Rule F should the cargo have been damaged by delay, whilst negotiations were ongoing, if it had been perishable.

The judgment is interesting as it reflects a more commercial, common sense view than perhaps some practitioners have taken, or, indeed, what many (including Lord Mance and the previous courts) viewed as the correct legal interpretation of Rule F when considering this type of issue, and follows a number of decisions in England where shipowners feel they were harshly treated by the courts. After all, at first sight, the ordinary person in the street would find it odd that, where a shipowner had saved some US$4 million in ransom payment for the common benefit of the ship and cargo, in doing so,

it was not able to recover its expenses of US$160,000. However, that was how most practitioners and lawyers construed the wording of Rule F.

Considering many practitioners have, over the years, taken this different view, the decision would now appear to open up the interpretation of Rule F, and may lead to a period of adjustment whilst Average Adjusters and lawyers become familiar with the Supreme Court ruling. One key point which might arise in future is: what negotiation period would be reasonable? Here the period of negotiation was relatively short but it is easy to anticipate that this will not always be the case so when would the continuation of negotiations become unreasonable?

Owners and cargo interests should also be aware that this recent decision now seems to open a door to “mitigation” expenses of different types being potentially allowed as Rule F expenses. Is the true implication of the ruling that alternative expenses no longer need to be incurred as a result of what many would consider a true alternative course? In addition, should any cargo become damaged during the negotiating period, would such damage have to be considered a sacrifice and allowed in General Average, as Lord Mance suggests? In view of the numerous questions likely to arise following the ruling, it seems that clarification of Rule F would be very welcome by industry practitioners.

Oceans of Knowledge – 1 week to go