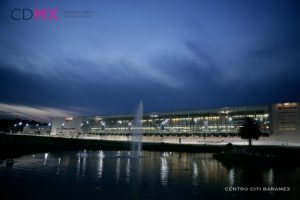 After two big earthquakes, Mexico City’s ground transport, airport, restaurants and other infrastructure is back to business as usual, the World Travel Market 2017 in London was told. 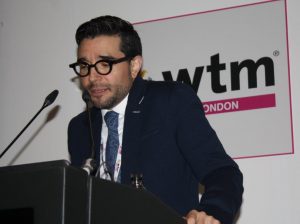 He was unworried by US president Donald Trump’s anti-Mexico rhetoric which reached a peak just over a year earlier during the presidential electoral campaign.

Mr Reyna said: “If Donald Trump wants to travel to Mexico City, if he has some dollars he is very welcome.  If not, I don’t care, because the number of visitors from the US and Canada are growing and growing.”

He said that there were reported to be more than 1bn tourists around the world in 2017 and political concerns were unlikely to stem the flow of visitors to his nation’s federal capital.

More than 1.6m visitors came from the US in 2016, and that was the answer to concerns about street crime and other security worries. 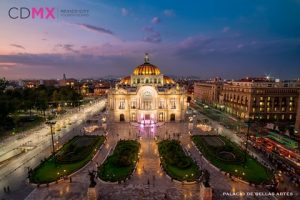 At least 369 people, 228 of whom were in Mexico City, were killed in the 7.1 magnitude earthquake that shook central Mexico.

The journalist Susannah Rigg visited the city soon afterwards on behalf of The Independent and wrote that it was functioning close to normal, although certain streets remained hidden behind cordons, and some collapsed buildings remained uncleared.

Mr Reyna spoke glowingly of the attractions of the capital, including its 188 museums (second only to London numerically and including the museum of fine arts, and the Frida Kahlo house in the suburb of Coyoacán; nine archaeological sites inside the city; and four Unesco heritage sites. The city would be World Design Capital in 2018, and in 2020 a new airport designed by architects Norman Foster and Fernando Romero would open. Other modern facilities included Centro Citibanamex, a world-class convention and exhibition centre. 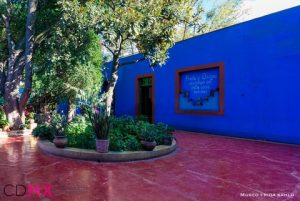 Asked what was being done to reduce pollution levels, Mr Reyna said that the public sector was changing its vehicles and the law was being strengthened on private cars, and there were efforts to organise better conditions for bicycle and motorcycle users.

Rocio Blázquez Reyes, regional sales director for Europe for Aeromexico, detailed the airline’s expansion and the success of its Mexico City direct flights to and from London.

Ms Blázquez Reyes said that the service between the two giant cities began five years ago with three non-stop flights from Heathrow. Since May 2017, Aeromexico offered seven weekly flights. From January to September 2017, the line carried more than 92,500 passengers, representing a 22.1% increase, over the corresponding period in 2016 , when there were six flights weekly. 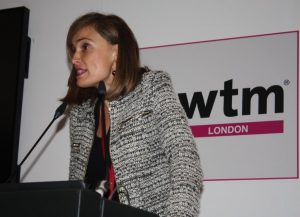 From January to May 2017, Aeromexico was said to be the most punctual airline at Heathrow. The aircraft operating the route is the Boeing 787-8 Dreamliner with capacity for 243 passengers.

It has more than 120 airplanes including Boeing 787, 777 and 737s, and next generation Embraer 190 and 170 models that are eight years old on average, making for one of the youngest fleets in the industry.

Ms Blázquez Reyes said that the average age of the fleet in Europe was under two years. On the continent, the airline has presence in four destinations: Madrid, Paris, London and Amsterdam.

Nearly 70% of all Aeromexico customers are business travellers, she added.

The Aeromexico executive outlined the support and humanitarian aid given to those hit by the earthquake.  Aid was shipped from domestic and international airports primarily to the states of Puebla and Oaxaca, through the Red Cross and the National Energy Control Centre. Mexicans in cities including New York and Panama donated, with a major contribution from Quito, Ecuador.

Money from airline promotions and a percentage of car rental has so far totalled 2.5m pesos (US$131,000) and will be donated to the Red Cross.

Delta, another airline with strong Mexico connections, donated a total of $1m to the Mexican Red Cross and the Harp Helú charitable foundation.

The BDI@1,477 – a bit of …“breathing” space amid global uncertainty