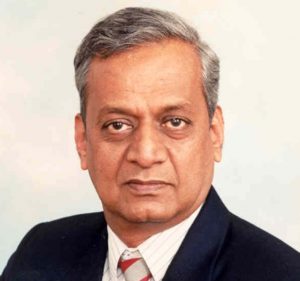 Dr. Ram Vis was a speaker at GST/Shipping 2030 in New York last week. Viewers can read herebelow his reflections on how the maritime industry should be approaching the fuel issue:

Historically, Charles Lamb is credited with introducing heavy fuels in Diesel Engines.
There was serious competition in the TransAtlantic route (mainly New York to London) and steam engines and diesel engines were competing. Steam engines had a low efficiency, around 18% but steam boilers could use heavy fuels. Diesel Engines had
higher efficiency (24 to 26%) but used distillate diesel fuels. These fuels were more expensive than heavy fuel even after considering the higher efficiency of diesel engines. Charles Lamb boldly introduced heavy fuels. The heavy fuels of those days had not undergone secondary refining processes such as cat cracking, vis breaking, thermal cracking etc. They had enough lighter fractions and they burned in the diesel engines
without too much trouble.

Progressively, the industry extracted greater amount of lighter fractions from the heavy fuel, leaving behind only “Residual Fuels”. These residual fuels carried all the impurities and elements and consequent problems.

However, the industry learned to cope with the problems. The industry introduced purifiers, clarifiers, settling tanks, filters, all of which rendered the residual fuel usable in the diesel engines. At the same time, diesel engines were redesigned with long stroke, slow speed etc. enabling the usage of the difficult residual fuels.
There is no disagreement now that, by and large, we have learned to use the residual fuels and the one and only problem is the high sulfur content. Here too, the scrubbers take care of the high sulfur and ensure compliance with regulations.

So, the question that we should ask is, why make a change when we have solved all the problems? The need for change has not been forced due to any disruptive technology.

We still have the same old residual fuel and we are only trying to replace it with the same old distillate fuel. Why pay $200 per MT more for a problem that has already been solved?

The situation is analogous to “My Fair Lady”, whereProfessor Higgins picked up Eliza Dolittle, tidied her, made her presentable and acceptable to the high society. Why now try to throw her back into the slums? What is wrong with the newly made up Eliza Dolittle? She serves the purpose.

I say, introduce the scrubber and continue the business as usual. There is no better solution.

Please do not hesitate to contact us with any questions.
Best regards,
Dr.Vis
Suggestion: http://Viswa.mfame.guru
‐ A very useful site with a lot of marine information