Alongside container ship crews in the rough and the smooth 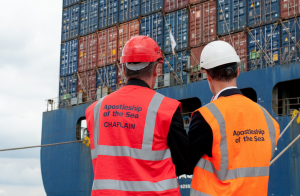 There is never a dull moment in container shipping with constant challenges on the horizon – from overcapacity and bleak employment prospects to the impact of ever-growing sizes of ships capable of carrying 22,000 TEUs.

Yet prudent and responsible ship owners know that in spite of the ups and downs, an important part of the equation in running a successful operation is crew welfare.

“Most companies do a great job of ensuring seafarers’ employment, physical and welfare needs are well-looked after, but we’re starting to see more owners who recognise that a key element of keeping their crews happy is paying attention to their emotional and mental wellbeing,” said John Green, director of development at seafarers’ charity Apostleship of the Sea (AoS). 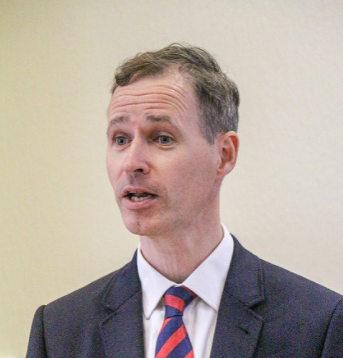 “Through its network of 216 port chaplains in 311 ports worldwide, AoS is on hand to support ship crews when they arrive in port by offering a quick response to their immediate needs – be it practical or pastoral,” he said.

AoS is a charity partner of this year’s Intermodal Europe Conference to be held from November 28 to 30 in Amsterdam and Green will present a session titled ‘Alongside container ship crews in the rough and the smooth’.

Green recalls an instance in Felixstowe Port in the UK where AoS port chaplain Patricia Ezra was able to arrange a reunion between a seafarer and his sister who had not seen each other for over 10 years.

Preparations were made for them to meet when the vessel called at the port, but train delays meant that the lady arrived late – five minutes before her brother was scheduled to start his shift.

After some negotiation, the seafarer was able to get cover and joined his sister at the seafarers’ centre for the afternoon.

“This example may seem trivial to many of us but it meant a lot to that seafarer and his sister. This provision of care, and in particular its human element, does so much to lift the spirits of seafarers,” said Green.

“And a positive thing is that we are seeing more and more insurers, ship management companies and other organisations recognising the value of such support.”

Green added, “Apostleship of the Sea is keen to engage with more likeminded companies and organisations to ensure seafarers who find themselves in need have access to such assistance they require across the world.”

AoS will also be at exhibition stand J21 at Intermodal Europe. All are welcome to visit the stand.