Give maritime a fairer share of EU funds, urges Motorways of the Sea coordinator Brian Simpson 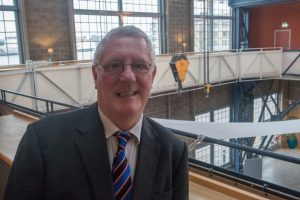 Brian Simpson, European coordinator for the Motorways of the Sea mega-project, has called for the European Union to support more vigorously the maritime sector in the transport network, when future Connecting Europe Facility calls for proposals are launched.

He said: “Over 75% of all European Union trade is transported by sea to one of our 331 core and comprehensive ports, defined by the TEN-T policy.

“Yet, Motorways of the Sea is seen as rather a Cinderella service compared to rail or road. I think the time is ripe for our maritime sector to get a fairer distribution of the EU money that is available and to take up its rightful place as an important mode of transport within the EU.” Motorways of the Sea is the maritime pillar of the trans-European network (TEN-T). It consists of short-sea routes, ports, associated maritime infrastructures, equipment, facilities and administrative formalities.

The concept was introduced in a European Commission White Paper in 2001 with the goal that it should represent a “real competitive alternative to land transport.” 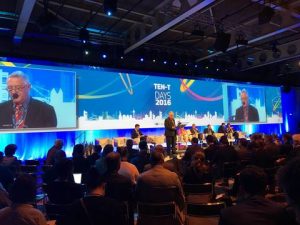 Mr Simpson declared: “Ports and ships are a crucial element in getting our goods to market, so we need to see effective lobbying by the shipping companies, the ports and the wider logistics chain to their national governments if the maritime industry is to be taken seriously.”

The Connecting Europe Facility for Transport is the EU funding instrument for supporting investment in new transport infrastructure and upgrading projects. Its total budget for all transport modes for 2014-2020 is €24.05bn.

The aim of Motorways of the Sea is to introduce new intermodal maritime-based logistics chains, which should be more sustainable, and commercially more efficient than road-only transport. This, it is said, will improve access to markets throughout Europe, and bring relief to the over-stretched European road system.

Commission statements have laid emphasis on treating maritime transport resources, and the potential in rail and inland waterways, as part of an integrated transport chain.

A key point of the strategy is to contribute to greenhouse gas (CO2) reductions.

As European coordinator for Motorways of the Sea since July 2014, Mr Simpson in recent months has visited ports in countries including the UK, Italy, Slovenia, Israel and Romania, and taken part in many meetings in Brussels and elsewhere with among others the European Community Shipowners Association.

Born in Lancashire, he had important roles in local government in the county before becoming a member of the European Parliament from 1989 to 2014, where one of his roles was chairman of the committee on transport and tourism.

In January 2015 he was awarded the Order of the British Empire.