Board of Directors changes at the BDA 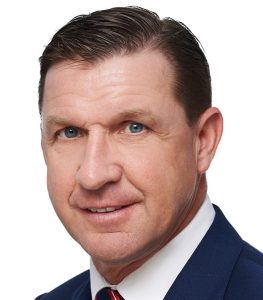 Weldon, Scope take new roles on BDA Board of Directors

And Paul Scope, Chairman of Willis Towers Watson Bermuda (WTW), has been elected as the BDA’s new Chair. Their appointments were among several changes announced by the 11-member BDA Board following its AGM today.

Board member Scope succeeds Kiernan Bell as Chair, while director Stephen Weinstein, Group General Counsel for RenaissanceRe Holdings, becomes Deputy Chair, taking over from David Cash. Bell and Cash remain on the Board as independent non-executive directors. Additionally, BDA directors Derek Stapley and original board chair Caroline Foulger have retired from the Board; both have served the agency since its inception in 2013.

“I feel honoured to take up the Chair of the BDA, and having been on the Board since inception, I have seen first-hand the contributions of the previous chairs, Caroline Foulger and Kiernan Bell,” said Scope. “I want to follow their lead and continue to promote free thinking and positive mentoring from the Board level to BDA staff, and progressive promotion of the jurisdiction with accountability to our stakeholders. We thank Caroline and Derek for their dedicated service and wish them well in their future endeavours, which we’re sure will continue to contribute to Bermuda’s success. 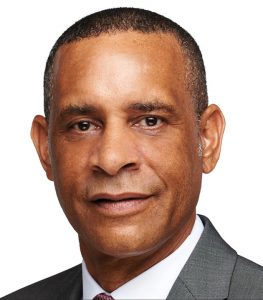 “A warm welcome to Shelby Weldon to the Board,” Scope added. “We know his many years with Bermuda’s regulator will benefit us greatly.”

Weldon was a former director of licensing and authorisations at the Bermuda Monetary Authority (BMA), where he worked in various capacities over 15 years. Currently a member of the senior management team at Marsh Management Services, he serves as Senior Vice President, Team Leader, supervising finance and insurance managers. Weldon has 30 years of experience in Bermuda financial services, having launched his career as an auditor.

“It’s a great honour to join the Board of the BDA, and I’d like to thank my fellow directors for this opportunity,” said Weldon. “I have worked closely with the agency since its inception and have always been extremely supportive of its initiatives. I look forward to representing the insurance sector in general, and the captive insurance sector in particular, as we continue the BDA’s important work of promoting Bermuda as one of the world’s premier financial services marketplaces.”

The BDA, an autonomous unit with both public and private funding, encourages direct investment to Bermuda and helps companies start up, re-locate or expand their business on the island. The agency also supports existing global business here and is the primary point of contact for prospective companies, providing connections to industry professionals, regulatory officials, and key contacts in the Bermuda government to facilitate domicile decisions.