Russia USA joint note on shipping in the Bering Strait 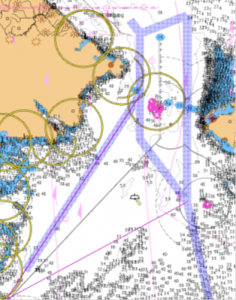 The Russian Federation and the USA have filed the first ever joint note with the International Maritime Organization (IMO) on the regime of shipping in the Arctic – in the Bering Strait and in the Bering Sea. The document is available at the IMO website.

Maritime boundary between the USA and Russia runs along the Bering Strait under a treaty on delimitation line of maritime spaces signed by the United States and the USSR on 1 June 1990. The agreement has not yet been ratified by the Russian Parliament.

The boundary line can impose certain restrictions on free commercial navigation, especially in the direction of the Northern Sea Route, revival of which is a strategic task of the Russian Federation, particularly for Europe-Asia transit shipping.

Since the legal status of the Bering Strait has not yet been defined by a particular international convention, both states are inclined to recognize it as a strait used for international shipping. International straits are covered by the provisions of Part III of the UN Convention on the Law of the Sea (1982). Specific character of the situation is determined by the fact that many countries including the Russian Federation are the parties to UNCLOS 1982 while the USA is not.

The joint proposal submitted by Russia and the USA to IMO will offer ship operators straight and efficient lanes with reduced number of turns and crossings and with the maximum distance from the coast as well as ecological and cultural zones. The designation of two-way routes will ensure availability of free, internationally recognized corridors for vessels sailing across the Bering Strait in the interests of the Russian Federation despite any possible shifts in the USA foreign policy.

“According to preliminary estimates, shipping lanes in the Bering Strait can obtain a legal status before the end of 2018”, Vitaly Kluyev, Director of Russian Transport Ministry’s Department of State Policy for Maritime and River Transport, told IAA PortNews.